Nigerian men, it’s your fault if your marriage fails

It is always a woman’s fault when her marriage fails. The enormous responsibility placed on women to keep their marriages is the reason many are tolerating bad relationships so that they won’t be judged by society.

And to these people who judge women when their relationships fail, they believe that no matter how bad, ill mannered and promiscuous a woman’s husband is, it is her fault for not keeping her marriage.

It doesn’t matter if the man has turned her into a punching bag, designing her delicate face with different scars and marks. It is her fault.

It doesn’t matter if he sleeps every young lady plus teenage girls on their street. It’s her fault. She cannot keep her husband’s penis tied to her vagina.

It doesn’t matter if he doesn’t respect her as a human being not to talk of according her the respect she deserves as his wife. She must have caused it with her actions.

It doesn’t even matter if he beats up his mother-in-law and disrespects her family. He’s her husband. She must not complain but she must worship his family like mini gods.

It doesn’t even matter if the man wakes up one day and relocates to another city and country with a new wife abandoning her and their children. It’s her fault. She didn’t cook enough food for him or give him sex three times a day to have made him elope with another woman. 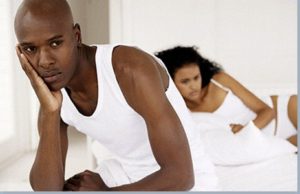 It doesn’t matter if the man is irresponsible to the point of not taking care of his family. It is the woman’s fault. She didn’t pray for him enough to be responsible.

It doesn’t even matter if the man abuses all the under aged house helps she has brought into their home, including their neighbour’s children. The woman is to blame for tempting her baby husband with small girls.

It doesn’t matter too if the woman’s self esteem has been battered and destroyed by her husband with his negative words, abuses and actions. It is her fault for wanting more from her man in their relationship.

Even some women have been brainwashed by the society to believe that the success or failure of their relationships rest on them solely.

This is wrong. It is very wrong. Two people coming together in a relationship have responsibilities to make their relationship work.

It is NOT a woman’s duty alone to keep her marriage. It is not her fault only when her marriage fails.

Marriage is between two people who are committed to building their lives together.

By joining forces, they wade through the difficulties and situations life throws at them and overcome them together.

As a man, if your marriage fails, it is your fault too.

What are you doing to keep your wife?

When last did you take her out alone?

When last did you listen to what she has to say without shutting her down?

How do you treat her family?

When last did you truly make love to her?

When last did you pray for her?

It is not only women who should pray for their husbands.

It takes two committed people to make any relationship work.

Mr. Man, work on your marriage.

Your wife can’t be building alone while you are tearing it down.

Don’t lose your wife to a better man. It will be your fault if she becomes a better person than when she was with you.

You will regret it.

Be a better man and watch your relationship improve.

No woman wants her marriage to fail, help her keep your marriage.

You will be better off for it.

Ivie Edobor wants justice after ex-husband tried to kill her

How to handle toxic in-laws

Is a woman’s place truly in the kitchen?