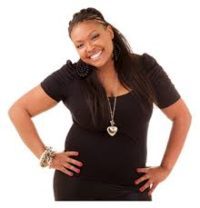 No woman should joke with her self worth for any relationship. That’s suicide mission.

Self-worth is the opinion you have about yourself and the value you place on yourself.

Self-worth is your belief that you are a wonderful person, a good person, a lovely soul who deserves to be treated with respect

Women should learn to value their inherent worth.

A woman who knows her worth won’t make up excuses for a man who is treating her badly.

“Oh! He is busy, that is the reason he has not stayed in touch with me”

Like really? In this “Internet age”? Where it has become almost impossible for people in a relationship not to say “Hi” everyday?

Oh! He was in a bad mood that made him yell at me and warned me seriously never to provoke him again.

Don’t ever condone someone who puts you down in any way.

Don’t condone a partner who hits you.

Don’t condone a partner who tells you how to dress; he saw your dressing before he toasted you. Didn’t he?

Even if you were the one who toasted him he had eyes, saw your dressing and he accepted. Didn’t he?

Your partner shouldn’t be telling you how to talk, how to laugh, how to smile, how to relate with others. Those things erode your self-esteem gradually.

Know your worth. Don’t allow a man treat you like trash. If a man wants to walk away from your life, let him go. Don’t ever beg him to stay. Why? He is tired of you already. Get the gist!

A woman who knows her worth won’t stay with an abuser. She would rather be alone than put up with that. She knows she comes first before any other thing.

A woman who knows what is called self-worth will not stay with a man who constantly damages her by speaking negatively to her.

It pays if a woman doesn’t seek her authentication in another human being. It helps greatly.

A woman who knows what is called self-worth knows when to exit a man’s life.

Stop begging for a man’s attention. It is disgusting. If he uses “busy” as an excuse, then it’s time you get busy too. Let everybody be busy.

It is not pride. It is called self-worth.

Won’t you rather be regarded “proud” or “arrogant” than be treated like a piece of rag and dejected?

The importance of knowing your value can’t be over-emphasized. Respect yourself.

You should be priceless!

In this article:Excuses, man, relationship, Self Worth, woman