Ogbuja reportedly had carnal knowledge of his wife’s niece and minor Elizabeth Ochanya Ogbanje for years with his son.

They allegedly raped her both vaginally and anally until she developed VVF and later died from the complications of the disease.

Little Ochanya died of complications from years of sexual harassment. Ogbuja was rearrested after making bail while his son, Victor Ogbuja, a final year student of Animal Production at the Federal University of Agriculture Makurdi (UAM) is still on the run after being accused of culpability in the criminal matter.

Ochanya succumbed to death while being treated for Vesico Vaginal Fistula (VVF) and other health complications as a result of rape from these two, it is believed. 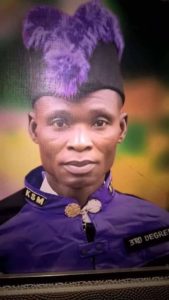 In September this year, Ogbuja was remanded after he was charge for court for sexual harassment but was later bailed.

Today, Thursday, 25th October, 2018, Ogbuja will be arraigned again. This time, for culpable homicide and rape. His unbridled lust for sex and no regard for minors has cost Ochanya her life.

The little girl’s blood, and of scores of others who have suffered same fate are crying for justice. Justice we demand. Let the law takes its course.

Don’t forget the march demanding for justice in for Ochanya same day of Ogbuja’s arraignment.

Many well meaning Nigerians are still demanding for justice for the late Ochanya on every social media platform. They don’t want this case to be buried like most sexual assault cases.

Men, women, teenagers are crying out with one voice in unity to demand that the randy and heartless rapist lecturer and his son be punished according to the law for their heinous crimes against the late Ochanya.

This is the time for Nigerians to rise and stop these pedophiles who keep taking away the innocence of little girls for pleasure.

Woman, are you free to be yourself in your marriage?

You are responsible for your happiness

I will lose any relationship before I lose my mind and…