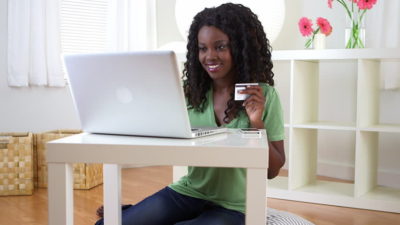 It’s not submission when a woman is forced to abandon career and financial opportunities to better her life for the sake of her marriage/family. It’s economic abuse, and one of the definitions of modern day slavery.

Women in this position go through life without releasing their destinies because they are engaged in unpaid labour in the family.

A woman becomes poverty defined and financially handicapped because she has no money attached to her name as legal entity.

On the day her  almighty husband wakes up and decides to divorce her, and send her out empty handed without even child support, or become deceased, she’s finished.

All the money in the marriage/family belong to Mr. Husband and attached to his name as legal entity different from Mrs. wife. She then becomes community project for NGOs and kindhearted people.

Just imagine the colossal waste of human resources involve here, where half of the Nation’s population are not releasing their full potential because of Marriage/family.

Woman, wake up to the truth that you married to the enemy of your destiny, and reclaim your life before it’s too late. Your life is as important as any one else.”

It is sad that some Nigerian women are forced to give up their careers and career opportunities because of this age-long submission gospel.

A woman who is earning more money that will benefit her family is cajoled to resign her job and stay at home to look after the children when her husband can’t even cater for his family’s needs. This is not a wise thing to do.

Why do Nigerians think that it is right to deny women the right to work, earn money and take care of themselves because of marriage?

Why should a woman give up her career because of marriage? Is that not an abuse of her fundamental human right? Why did she become educated if she has to be useless to herself, her family and her children financially?

This is not submission, it’s forcing women to be subservient and it’s emotional and psychological abuse.