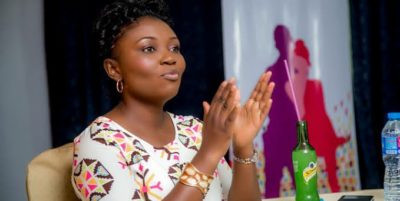 What the new woman in Nigeria should continuously reject

The new woman in Nigeria should continuously reject the suffering over a man tag. It doesn’t make sense.

A woman would be with a rich niggaa for, say, one month. Have good sex they both enjoy.

He buys her expensive accessories and gives her millions of naira.

Then they fight – like every relationship, and they go their separate ways.

In the eyes of society, she doesn’t qualify as a “real woman”.

Because she enjoyed the relationship, had good sex, and got millions from it.

Even in the ex-lover’s interpretation of the relationship, he’ll create many opportunities to try to shame her.

I see it all the time. Go to Twitter.

Why does society and Exes do this?

Because, subconsciously, they demand that women be broken, and no reward should come to them in any kind of relationship or dalliance.

What the new woman in Nigeria should continuously reject

So if she comes out happy, glowing, more radiant, more successful, more powerful and in control… she is defined as a whore, and sentiments are immediately built around the relationship in an attempt to trivialize its emotional impact so the man is seen as a hero, and she – the one who needs to be crushed.

God forbid that a woman would date, enjoy the sex, enjoy the gifts and money and attention.

That’s too much for society to accept.

She must be a whore!

So the Ex recruits society to try to shame her.

Everyone is irked by how simple the story of love-lust-sex-money-affection benefits the woman and her confidence.

So the first thing a man, ruled by principles of patriarchy, tries to do when a relationship is over is take away all he had said to her previously that served as an investment in her personal power.

He tries to rip it off with the same mouth he used in praising and building her.

At the end, if she allows the attempts of shame and ridicule get to her, she will be encouraged to aspire to the goals of a different type of woman.

The one married for 8 years to an average bloke, and not at anytime has she seen one million naira in their joint account. Not because they are investing their money, they don’t just have it in them to soar.

Another woman dates a man for 6 years and both of them are tirelessly under-achieving and constantly broke together.

Ask society which one is a “real woman”.

As a new woman, your job is to continuously reject this.

It is the dream of society that every woman be this way and find contentment in it – contentment and acceptance in mediocrity.

I laugh in multiple bank alerts.

Allow me as I adjust my whore crown.