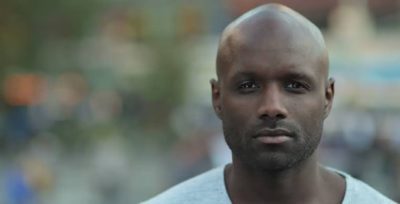 How to figure out deadbeat dads

Deadbeat fathers are in the spotlight again on the Nigerian social media scene because the ex husband of Nollywood actress Ngozi Ezeonu accused her of giving out their daughter in marriage last weekend without his consent.

According to him, his daughter is not married because he believes in the culture and tradition of Anambra people that says a woman doesn’t have the authority to give out her daughter in marriage.

This brings me to my latest topic. I want to talk about the characteristics of deadbeat dads. Yeah, women need to know what to look out for to know if the fathers of their children are deadbeat dads or not.

A deadbeat dad is someone who doesn’t fulfill their parental responsibilities, especially when they evade court ordered child support obligations or custody arrangements.

Here are 10 characteristics of deadbeat dads you can’t miss:

How to figure out deadbeat dads

3. They are clearly absent in the lives of their children physically and emotionally. Deadbeat fathers have little or no relationship with their children because they are not present in these children’s lives. They don’t provide their children with emotional or financial support.

8. They hurt their children with their words and actions. They try to get back at their ex by saying hurtful things to their children. This is not fair. Children hardly forget hurtful words from parents and it may mar them emotionally.

9. They refuse to sacrifice for their children. They put themselves and their needs first. They only care about their personal satisfaction, even if it’s at the expense of the happiness or safety of their own children.

10. They blame their ex for their absence on their children’s lives. While it is true that some women alienate their children from their fathers, deadbeat dads always find ways to make their exes responsible for the poor or non existent relationship that they have with their children.