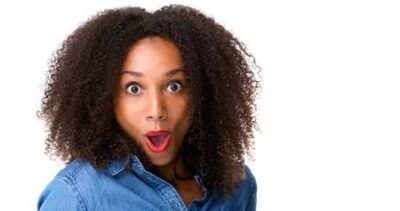 “Dear women, Christ walked for most of the time he was on earth. The only thing he ever rode was a donkey. How would you have treated Christ if you lived in His day? There’s more to life than the physical. Don’t rate guys by the cars they drive.

It is a mistake for a woman to look down on a young man because he’s poor and she is beautiful. The young man has potential, you have beauty. Your beauty is a diminishing asset. His potential is an appreciating asset. Who should look down on who?

It’s not like I don’t like him, he can’t afford my cream, my hair, nails etc. This is why some women marry men they don’t love because the men can afford what they love only yo discover that without love, what they love won’t satisfy.

Before saying he must have a house, a car and be loaded before he can even ask for your number, take into cognisance that statistically, there are more women than men. Don’t have low standards but don’t also have impossible standards.”

It’s funny how this guy keeps telling women what to do to land poor men without telling men to stop looking for cooks, cleaners and baby making machines in women before they date or marry them.

A woman has every right to reject a poor man’s advances. Dating and marrying a poor man is not a life achievement. Nigerian men state what they want from their women all the time but women shouldn’t do the same because there are more women in the world than men. This is hilariously annoying.

If a woman says she wants a man who can buy her body cream, human hairs,  designer clothes, shoes, perfumes and car, she should be left alone with her choice. She has every right to live her life the way she wants.

She shouldn’t be threatened with dying single because she refused to settle for a poor guy with potential. That guy will find a woman who is willing to build her life beside him. He shouldn’t be bitter about being rejected. That’s life.

Am I saying women should look down on poor guys? No. I’m saying they have the right to refuse to marry poor guys with potential and seek a rich spouse that will make them live comfortable lives.

No human being should look down on another human being because they are poor. That’s not a sensible thing to do. Life is so unpredictable. Live free!