Prince Harry and Meghan Markle recently revealed some shocking details about their lives in an exclusive interview with Oprah Winfrey.

This is the first interview they have given since they stepped away from official royal duties last year. They said they would have stayed had they gotten support from the royal family.

According to the interview session with Oprah Winfrey, there were conversations about “how dark” their baby’s skin tone would be. A rift between Prince Harry and his father got so deep that Harry said his father at one point stopped taking his calls. And Meghan, Duchess of Sussex saying she just didn’t want to be alive anymore. 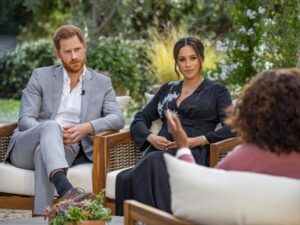 During the interview, Harry and Meghan spent most of the discussion trying to give their side to many of the tabloid stories that have circulated about them since they got together, including one about how Meghan had once made her sister-in-law, Catherine, cry.

Meghan Markle said she had a clear and real and frightening thought about suicide while she was a working member of the royal family. Harry said she did not receive any support from the royal family over her mental health, saying, it was not a conversation to be had.

The couple focused heavily on the royal family’s refusal to provide security for them, an especially grave concern for Harry given his mother’s death. He said that his experience with Meghan showed him how hard it must have been for his mother.

When Harry joined Meghan for their exclusive interview with Oprah, he immediately expressed that he was worried his mother’s story would repeat itself in Meghan. “I saw history repeating itself,” he said. 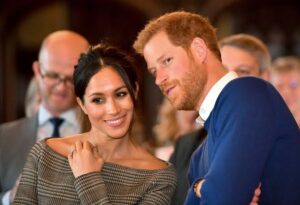 According to Prince Harry, he saw an intense correlation between his wife and his late mother, something he said was only escalated by racial tensions and social media.

He continued to ask for help, and only considered stepping back from the family when it was clear help wasn’t coming, even to the point where his own father wasn’t answering his calls.

While they had harsh words for their treatment in the press, the most disturbing parts of the interview centered on how they were treated by members of the royal family.

Even though Harry said he had a really good relationship with the Queen, he however stated that he was disappointed by his father and that while he loves his brother William to bits, they are on different paths. 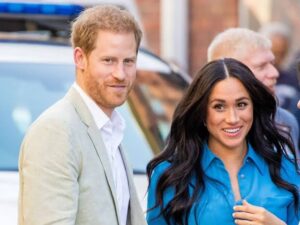 The couple revealed their second child, expected this summer, will be a girl. They announced they were expecting a second baby on Valentine’s Day 2021, exactly 37 years after Princess Diana announced her pregnancy, but waited until the interview to reveal the gender of the child. They have not announced a name.

The joyful news also comes in the wake of unbearable sadness, as earlier in the year Meghan announced that she had experienced a miscarriage.

However, the two said they are excited and “extremely grateful” for the pregnancy, and the chance to have a daughter.

“What more could you ask for?” Harry said.

Both Harry and Meghan said that if they had the support without question, they would have stayed working members of the family.

Harry said he and Meghan talked very deeply about stepping back as senior members of the royal family to take a respite from the intense pressure from both the tabloids and the Crown.

“I’m sad what has happened has happened but I’m comfortable knowing we have done everything we could to make it work,” Harry said.

Meghan revealed that three days before her televised “Royal Wedding,” she and Prince Harry got married in a secret ceremony.

“This spectacle is for the world,” Meghan said. “But we want our union for us.”

Meghan Markle said the two were married in a private ceremony without family, with only the Archbishop of Canterbury. She added that the marriage certificate that hangs in her home has the date of the private ceremony.

Woman claiming to be Ghana President’s side chick…