Prince Philip, Queen Elizabeth II’s husband and the longest-serving consort of any British monarch, has died at age 99.

A statement posted on the royal family’s website Friday morning said: “It is with deep sorrow that Her Majesty The Queen announces the death of her beloved husband, His Royal Highness The Prince Philip, Duke of Edinburgh.

“His Royal Highness passed away peacefully this morning at Windsor Castle. Further announcements will made in due course. The Royal Family join with people around the world in mourning his loss.”

His death was met with a flood of tributes from across Britain and the world. In accordance with tradition, a framed notice containing the news was also placed on the railings outside Buckingham Palace. 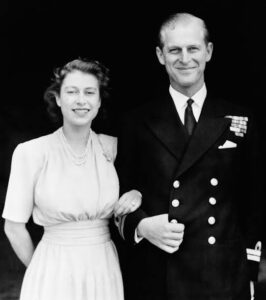 Philip spent 65 years supporting the queen, retiring from his public role in 2017 and staying largely out of the view since. In his active years, he helped set a new course for the monarchy, championing Britain itself, as well as environmental causes, science and technology.

His passing comes as the royal family confronts new challenges, most recently the intense publicity that followed the departure of Prince Harry and Meghan, the Duchess of Sussex, from both the United Kingdom and official royal duties.

Prince Philip will likely be remembered for his early efforts to help modernize the royal family’s image during a time of great change for Britain and the world, especially at the outset of Elizabeth’s reign in 1952.

Prince Philip helped bring the royals to life on television rather than through radio reports. He was the first member of the royal family to do a televised interview and he presented a show on a royal tour of the Commonwealth.

The late Prince Philip is also said to have had a hand in televising the queen’s coronation in 1953 and in organizing a groundbreaking 1969 television documentary about the family. 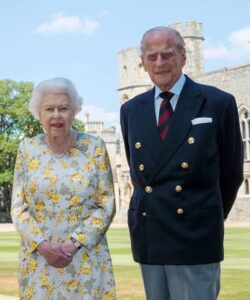 Prince Philip was born June 10, 1921, on the Greek island of Corfu, he was the only son of Prince Andrew of Greece and Denmark, and Princess Alice of Battenberg.

Greece’s king, Philip’s uncle, was forced to abdicate when Philip was a baby, and the family fled to Paris, with Philip famously carried to safety in a crib made from an orange box.

At age 7, he moved to England, where he lived at Kensington Palace, now home to Prince William. Philip lived there with his paternal grandmother, Victoria Mountbatten, and later attended Gordonstoun, a boarding school in Scotland.

At 18, Philip joined the Royal Navy and graduated from the Britannia Royal Naval College as a top cadet. He saw active duty from the Indian Ocean to the Mediterranean, and in 1945 at the end of World War II, he was in Tokyo Bay when the Japanese surrendered.

Queen Elizabeth II and Prince Philip got married in Westminster Abbey on Nov. 20, 1947, with around 2,000 guests in attendance and another 200 million listening to the ceremony on the radio. 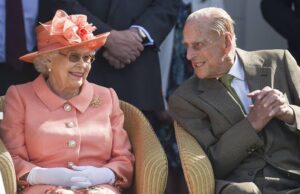 In a 2011 interview with the British broadcaster ITV, Philip explained why he gave up an active naval career: ”Being married to the queen, it seemed to me, my first duty was to serve her in the best way I could.”

He championed causes that caught his imagination, and helped found the Royal Academy of Engineering, which promotes engineering excellence and education, and served as the first president of the World Wildlife Fund.

Unlike many men of his generation, Philip took an active role in raising his children. Prince Charles was born in 1948, and his sister, Princess Anne, two years later. There was a nearly 10-year gap before Prince Andrew was born in 1960, and Prince Edward arrived in 1964.

He is survived by eight grandchildren. Peter and Zara Phillips; Prince William and Prince Harry; Princesses Beatrice and Eugenie; and Lady Louise Windsor and James, Viscount Severn. He had 10 great-grandchildren.