Delhi Police has taken a man in custody after a video of him stabbing his wife repeatedly in full public view went viral on social media.

What is even more shocking is that the brutal crime took place in front of hundreds of bystanders, some of whom were busy recording the incident. Needless to say, not even a single person tried to rescue the woman. 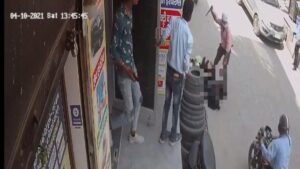 The accused, Harish Mehta, who worked with a marriage bureau, hails from Rajkot in Gujarat. He met his late wife Neelu through a matrimonial site and got married to her recently.

Neelu worked at a government hospital and Mehta wanted her to quit her job and look after the house. However, she continued working, much to his dismay.

PTI quoted a police official saying that the accused suspected his wife of having an affair with another man.

After a few days of their wedding, his wife left his house and started staying with her parents. 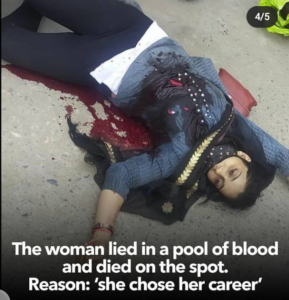 Police said that enraged by his wife leaving him, Mehta planned to kill her and on Saturday afternoon, when she was returning home after work, he stabbed her with a knife in full public view at the the Budh Vihar area in Delhi.

Different videos of the incident also surfaced online. There were captured from different angles as Mehta kept stabbing his who was lying on the floor repeatedly while people watched, passed by on foot while some people drove by without even glancing to see what was happening to the woman lying on the floor.

The woman was seen lying on a road’s side in a pool of blood. After killing her, Mehta was captured sitting down by a pavement on the roadside while people still did nothing. 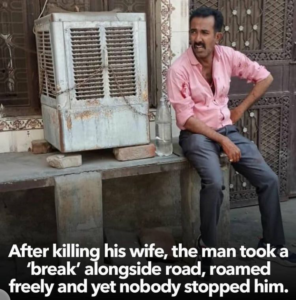 According to reports, he later tried to escape from the spot with the blood stained knife in his hand, but was chased by police, an officer said.

The woman was taken to the Sanjay Gandhi Hospital where doctors declared her as brought dead, Deputy Commissioner of Police (Rohini) Pranav Tayal said.

Prophet Odumeje, Rita Edochie vow never to forgive Ada Jesus as they rain curses on her

5 ways to keep your parents happy

The beauty of being a woman who never gives up

Find out the woman behind Kemi Adetiba’s big dreams