British actor Helen McCrory, who starred in the television show “Peaky Blinders” and the “Harry Potter” movies, has died, her husband said Friday. She was 52 and had been suffering from cancer.

British actor Helen McCrory, who starred in the television show “Peaky Blinders” and the “Harry Potter” movies, has died, her husband said Friday. She was 52 and had been suffering from cancer.

“She died as she lived. Fearlessly,” Lewis wrote on Twitter. “God we love her and know how lucky we are to have had her in our lives. She blazed so brightly. Go now, Little One, into the air, and thank you.”

McCrory was one of Britain’s most respected actors, making her mark by playing a succession of formidable and sometimes fearsome women. 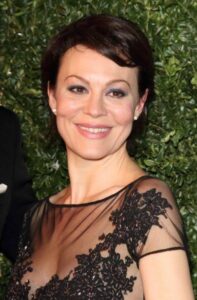 She played the matriarch of a crime family on ”Peaky Blinders” and the scheming Voldemort ally Narcissa Malfoy in the “Harry Potter” movies.

Cillian Murphy, who plays the central role of gangland boss Tommy Shelby in “Peaky Blinders,” set in the early 20th-century English underworld, said he was “broken-hearted to lose such a dear friend.”

“Helen was a beautiful, caring, funny, compassionate human being,” he said in a statement. “She was also a gifted actor — fearless and magnificent.

“She elevated and made humane every scene, every character she played,” Murphy said. “It was a privilege to have worked with this brilliant woman, to have shared so many laughs over the years. I will dearly miss my pal. My love and thoughts are with Damian and her family.” 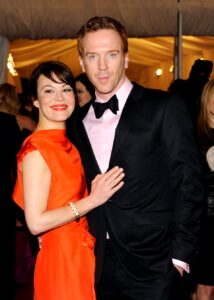 After studying at the Drama Centre London, Helen Elizabeth McCrory made her stage debut in The Importance of Being Earnest in 1990. Other stage roles include playing Lady Macbeth in Macbeth at Shakespeare’s Globe, Olivia in Twelfth Night and Rosalind in As You Like It in the West End.

According to Celebrity Net Worth, actress Helen McCrory was reportedly worth around $25 million at the time of her death. The outlet reports that that her $25 million net worth is combined with that of her husband, Damian Lewis.

On 4 July 2007, McCrory married actor Damian Lewis; the couple had a daughter named Manon and a son named Gulliver. Their main home was in Tufnell Park, North London; and a second near Sudbury in Suffolk.

While speaking with Radio Times in 2017, the Peaky Blinders star revealed that it was Lewis’s humour that first attracted her when they met while both appearing in Five Gold Rings at London’s Almeida Theatre in 2003, but that it was “pure chance” that ultimately brought them together.

McCrory served as an honorary patron of the London children’s charity Scene & Heard.

During the COVID-29 Pandemic, Helen McCrory and her husband supported Feed NHS, a programme to give food from high street restaurants to NHS staff, and had raised £1 million for the charity by early April of that year.

She was appointed Officer of the Order of The British Empire (OBE) in the 2017 New Year Honour services to drama.

10 things classy women do that make them irresistible