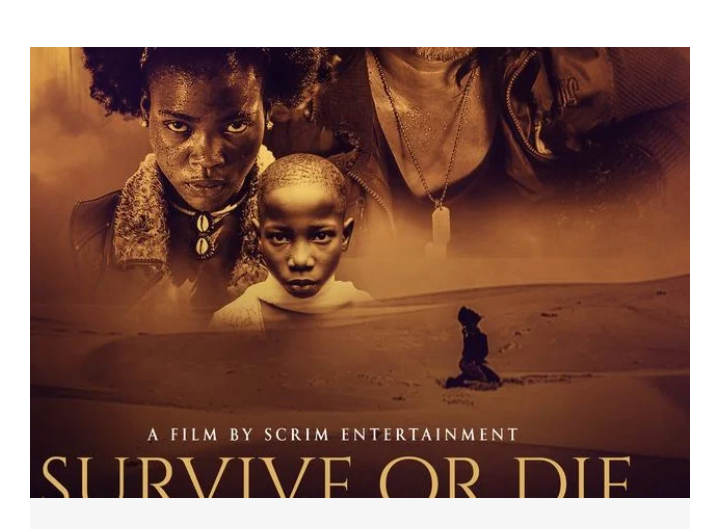 Nigerian comedienne, Emmanuella Samuel has made her international film debut in ‘Survive or Die’, an Australian action movie.

The entertainer featured on the project as a guest star alongside its major cast which include Hawa Barnes, Felino Dolloso and Craig Bourke.

The film follows the story of Shade, a 16-year-old refugee, whose escape from her war-torn African country lands her in a remote, uninhabited part of Australia and her attendant battle for survival.

According to Daniel Okoduwa, the film director, the project aims to further amplify the plights of refugees risking their lives in search of better opportunities in the face of harsh realities.

“Refugees are crossing borders making many governments nervous, unbalancing internal politics and giving rise to nationalism, racism and xenophobia. As the world becomes more dangerous doors are shut and walls come up. This movie is based on real-life stories and events,” he said.

Shot in 2018, the movie had a two-year festival tour before its eventual release on Amazon Prime as well as YouTube in 2020 and 2021 respectively.

In an Instagram post, Okoduwa, Nigerian-Australian movie producer, attributed the movie’s success to the inclusion of Emmanuella Samuel in the cast.

“1 million views in just a week!!!. The inclusion of Emmanuella Samuel in this movie may be the driving force behind these high views in just a few days, (based on the comments),” he wrote.

“All the actors and crews also did exceptionally well, proud of you all. 1 million views is not an easy feat – thanks to everyone watching and supporting from across the world.”

The feat further stretches what has been an impressive career for the comedienne.

In November 2020, 10 year old Emmanuella Samuel used her earnings from YouTube, to build a house for her parents.

She has been the star of the popular Nigerian Mark Angel Comedy YouTube channel since she was five.

Emmanuella Samuel is one of the richest kids in Nigeria. Currently, she is estimated to worth about $150, 000.

Advertisements
In this article:Emmanuella Samuel, Movie