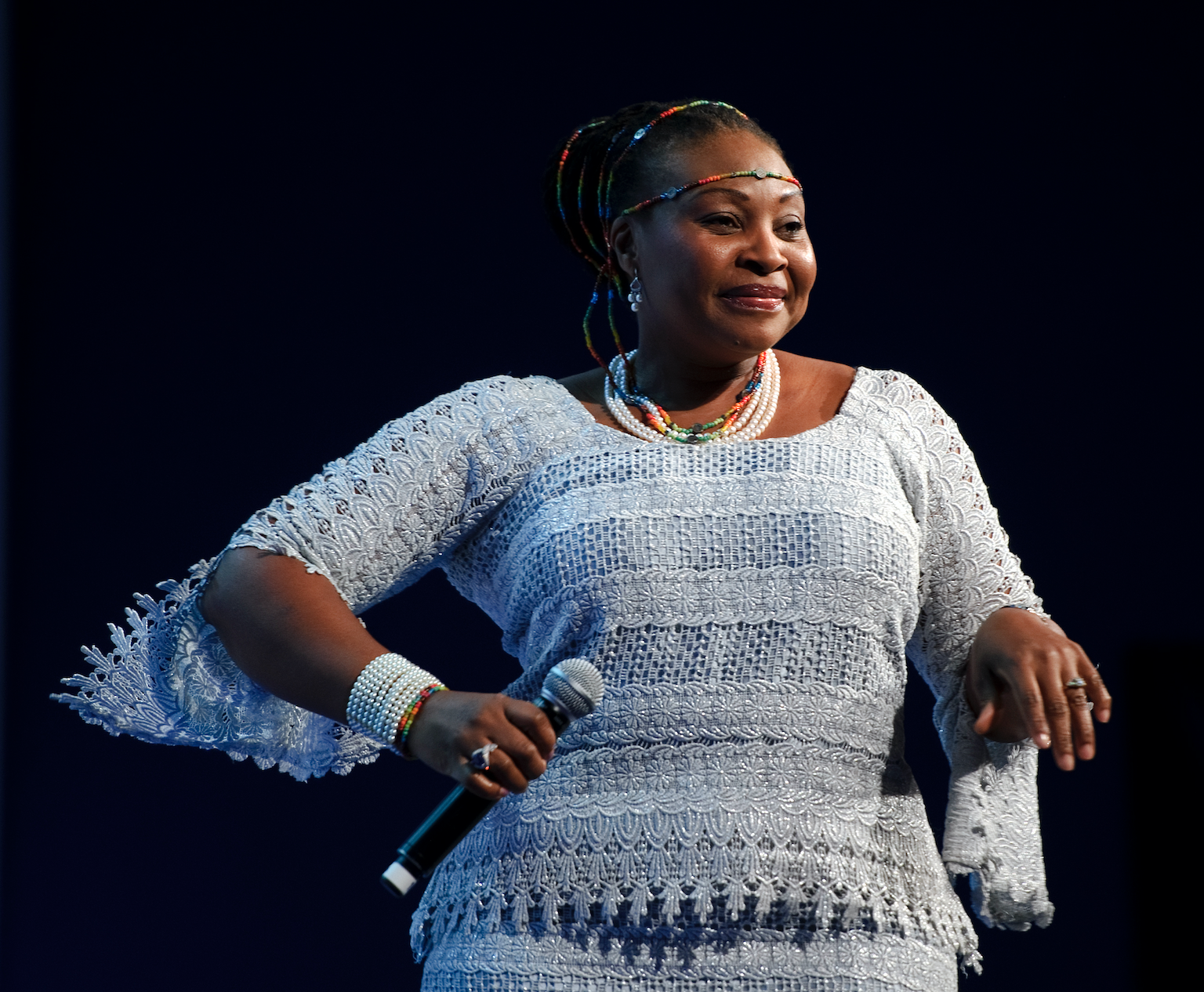 South African music star, Yvonne Chaka Chaka has reacted to an unknown social media user posting her obituary on the internet and starting a GoFundMe page for her “burial”.

Yvonne Chaka Chaka who debunked news of her death, told her followers that a ”fool”  posted her obituary, implying she had died and asked people to contribute towards her burial costs. She also revealed that she has reported the incident to security agents.

“Some FOOL posted my Obituary and even asked people to contribute in a go fund me account for my burial. How mean can you be. So to the Devil, I am alive and kicking I am going nowhere. Thank you all for the love and support. Don’t fund Evil he asked for some go fund. We need to find this devil.”

Chaka Chaka was dubbed the “Princess of Africa” (a name she received after a 1990 tour). She has been at the forefront of South African popular music for 27 years and has been popular in Zimbabwe, Kenya, Nigeria, Sierra Leone, Gabon and Ivory Coast.

Songs like “I’m Burning Up”, “Thank You Mr. DJ”, “I Cry For Freedom”, “Motherland” and the ever-popular “Umqombothi” (“African Beer”) ensured Chaka Chaka’s stardom. The song “Umqombothi” was featured in the opening scene of the 2004 movie Hotel Rwanda.

Yvonne Chaka Chaka started singing at 19 in 1984 when Phil Hollis of Dephon Records discovered her in Johannesburg. Dubbed “the Princess of Africa”, she experienced a meteoric rise as a music star of infectious pop melodies and dance music during the height of apartheid

Chaka Chaka is a champion for the Global Fund to Fight AIDS, TB and Malaria, the United Nations MDG Envoy for Africa, and the Goodwill Ambassador for the Roll Back Malaria Partnership.

She was chosen by the late Nelson Mandela as the first ambassador for his children’s fund, and has also established her own charity, the Princess of Africa Foundation, using the name first given to her in Uganda.

The Princess of Africa Foundation is a partner of the ACTION global health advocacy partnership. In 2012, she was the first African woman to receive the World Economic Forum’s Crystal Award.

She teaches literacy part-time at the University of South Africa, sits on several boards of charitable organisations and NGOs, and serves on the board of the Johannesburg Tourism Company.

Yvonne Chaka Chaka can speak at least eight of South Africa’s official languages as well as Swati. Born of a Swazi mother and a North Sotho father, she went to a Zulu school and has friends of all tongues. “At home we speak Tsonga, Zulu, Sotho, English, everything, she said.”

Yvonne Chaka Chaka is married to Mandlalele Mhinga, a medical doctor, and they have four sons. The couple got married in 1989, and in 2019, they celebrated 30 years of marriage. She revealed that her husband contributed greatly to her youthful looks at her age.