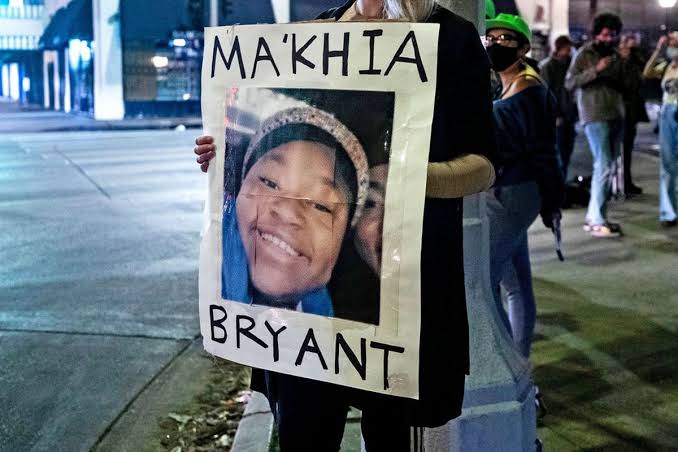 The police officer who fatally shot 16-year-old Ma’Khia Bryant on Tuesday in Columbus, Ohio, has been identified by authorities as Nicholas Reardon, who had two years of experience on the force.

Relatives of the deceased teenager have said she was trying to defend herself after being confronted by a group of women at the foster home where she was living.

At a press conference held Wednesday afternoon, Interim Columbus Police Chief Michael Woods identified Reardon as the officer who fired the fatal shots and said the Ohio Bureau of Criminal Investigation is investigating the shooting.

Responding to questions about why Reardon didn’t try a lesser use-of-force before shooting Bryant, Woods said officers aren’t “trained” to shoot the leg or the arm because it’s “a small target” and could pose a danger to those around, and that Reardon may not have had “cover, distance and time” to use a Taser.

Reardon has been placed on administrative leave pending the results of the investigation.

The police chief also played the audio of two 911 calls at the press event, in which a caller who authorities have not yet named is heard screaming that someone is attempting to stab them.

Bryant’s mother, Paula Bryant, told local news outlet WBNS that it was her daughter who called the police, saying Columbus police were dispatched “for protection, not to be a homicide.”

The shooting of Bryant happened roughly 20 minutes before former Minneapolis Police Officer Derek Chauvin was convicted of murdering George Floyd. Distraught protesters quickly gathered at the scene of the shooting, which has been labeled by the White House as a “tragic” incident.

“I understand the outrage and emotion around this incident. A teenage girl is dead, and she’s dead at the hands of a police officer. Under any circumstances, that is a horrendous tragedy,” Columbus Safety Director Ned Pettus Jr. said during the press conference.

“But the video shows that there is more to this. It requires us to pause, take a close look at the sequence of events. And though it’s not easy, wait for the facts as determined by an independent investigation, he added.”