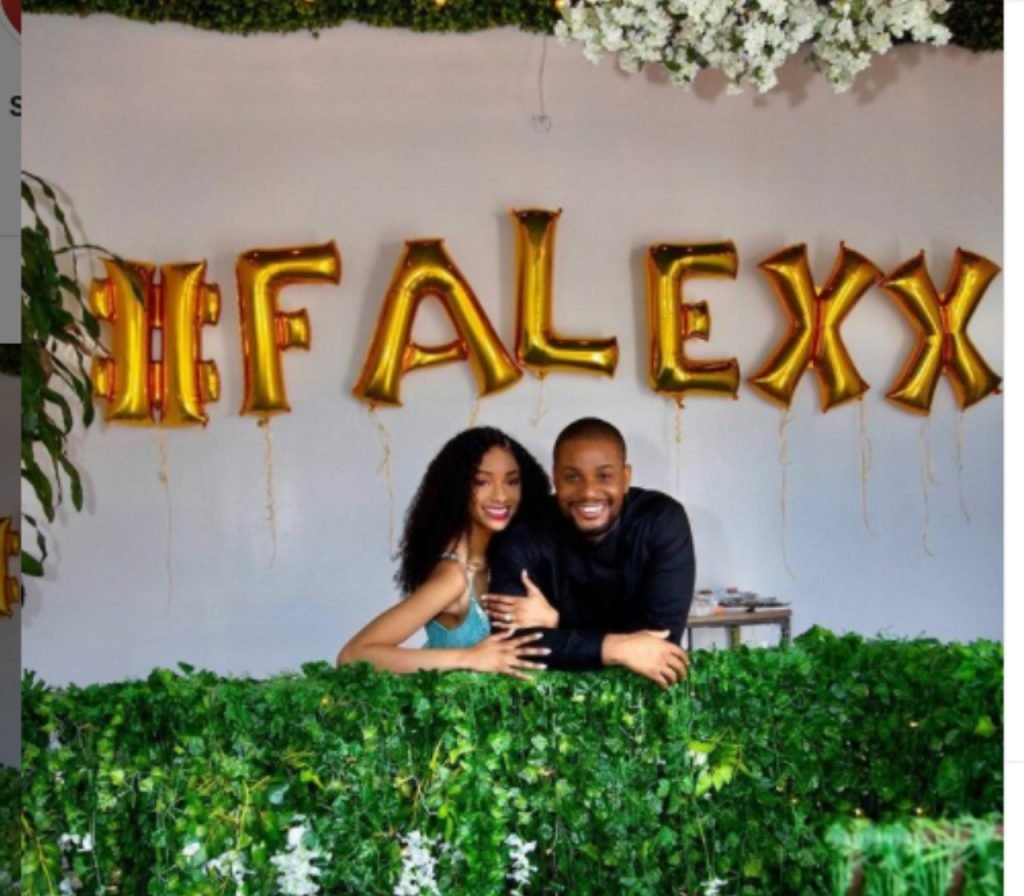 The picture shared by Alexx was captioned: “I asked the love of my life @fancyacholonu to marry me…”

Fancy Acholonu is a model and actress born in Los Angeles, to Nigerian parents.

She was raised in Nigeria and educated in the USA.

Fancy Acholonu is an entrepreneur who has inspired several business outfits including ‘The Fancy Kidz’, an establishment which puts together modelling and acting classes for kids.

Alexx Ekubo has also established himself in the Nigerian movie landscape since he made his film debut in ‘Sinners in the House’, a 2005 movie by Lancelot Oduwa Imasuen.

There has been rumour that the actor and his longtime buddy, Ik Ogbonna were gay partners.

However, Alexx left his fans in shock when he took to his Instagram account on Monday to share the good news with pictures of his engagement.

In 2019, the actor had said Nigerians should tolerate those who want to be homosexuals, adding that people should be allowed to be “free & comfortable with their sexual preference”.

“Learn to live & let live, if a person wants to be gay, let them gay in peace, personally I’m not, have never been, & will never be, lets allow pple to be free & comfortable with their sexual preference, stop the name calling & shaming,” he said.

The news is coming weeks after Ekubo took delivery of a brand new 2020 edition of Toyota Landcruiser jeep valued at over N35 million.

Celebrities and friends of the actor have been felicitating with him after the announcement.