Naomi Osaka won’t speak to the media at French Open

23-year-old Naomi Osaka announced yesterday that she won’t be doing any press during this year’s French Open in order to prioritize her mental health.

The highest-paid female athlete in the world for the second consecutive year and a four time Grand Slam winning tennis champion stated this clearly without mincing words. 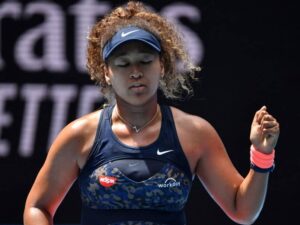 “Hey everyone, hope you’re all doing well,” the tennis champion’s statement began. “I’m writing this to say I’m not going to do any press during Roland Garros. I’ve often thought that people have no regard for athletes’ mental health and this rings very true whenever I see a press conference or partake in one. 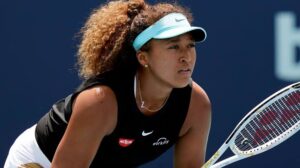 “I watch many clips of athletes breaking down after a loss in the press room and I know you have as well,” she noted before expressing, “I believe that the whole situation is kicking a person while they’re down and I don’t understand the reasoning behind it. Me not doing press is nothing personal to the tournament and a couple [of the] journalists have interviewed me since I was young, so I have a friendly relationship with most of them.

However, if the organizations think that they can just keep saying “Do press or you’re gonna be fined,“ and continue to ignore the mental health of the athletes that are the centerpieces of their [corporations] then I just gotta laugh. Anyways, I hope the considerable amount that I get fined for this will go towards a mental health charity. xoxo ✌🏾❤️”

On Twitter, Osaka’s statement has garnered over 15K Retweets and 92K Likes, with many in the replies praising the 23-year-old for taking a stance choosing to put her mental health first.

Dr. Uche Oga should face his wife and kids and stop funding…