According to an eyewitness, Gulak was shot while sitting in his car at a place called Obiangwu, Ngor-Okpala Local Government Area, close to the airport.

According to the source, before the incident, there was an attempt by non-state actors to take over the airport on Sunday morning.

The Imo State Police Command has  confirmed the killing, saying that Ahmed Gulak was intercepted and attacked in a Toyota Camry cab carrying him and two others heading for Sam Mbakwe Airport to catch a flight.

“He left without any security escorts and while the cab driver took irregular route to the airport, six armed bandits who rode in a Toyota Sienna intercepted, identified and shot at Ahmed Gulak at around Umueze Obiangwu in Ngor-Okpala Local Government Area close to the Airport,” Elkana said in a statement.

Elkana said Commissioner of Police Abutu Yaro had directed a discreet investigation into the matter, noting that tactical and special forces had been deployed to cordon the area and arrest perpetrators. 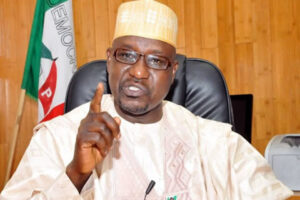 Ahmed Gulak was chairman of the All Progressive Congress (APC) committee that conducted the primaries for the Imo governorship election in 2019.

He declared Governor of Imo state Hope Uzodinma winner of the  APC primaries in the state in 2018 during the electioneering period.

Before he defected to the APC, Gulak had been a member of the People’s Democratic Party and Special Adviser to Jonathan on Political matters. He was sacked in 2014.

During the crisis in PDP, Gulak had declared himself  national chairman of the party.

There have been several reports of violence in Imo State with public facilities torched.  Police headquarters and the Nigeria Correctional Service were recently attacked by hoodlums in Imo State.

Last week, there was a face-off between some unknown gunmen and the Nigeria police.

Meanwhile, a secessionist group in the Southeast, Indigenous People of Biafra (IPOB), has denied responsibility for the attacks, alleging that it was a political assassination.

Why are Nigerians so concerned about a woman’s vagina?