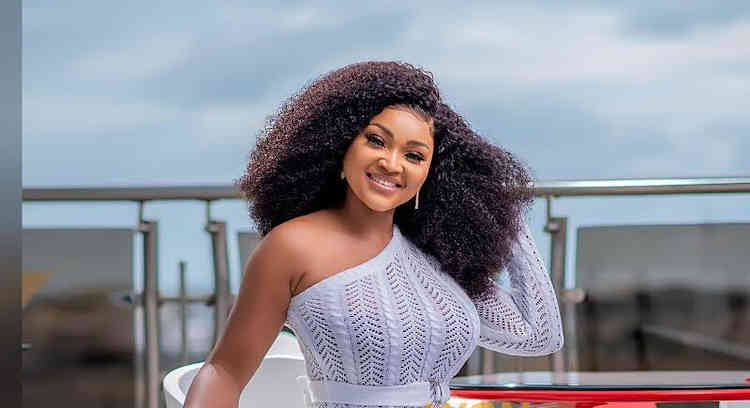 Mercy Aigbe is in love again and she’s making sure everyone knows this.

She took to Instagram to reveal that her man, who she referred to as “D owner”, sent her flowers and a sweet note while she was on set.

She added, “Love sweet sha” then said in Yoruba that it isn’t right to lie.

Mercy Aigbe went on to say that she might change her mind and give marriage another shot.

Mercy has been married twice. Her first marriage ended due to interference from her mother-in-law, who she said was not in support of her son marrying from a different tribe.

Then, in 2013, she married Nigerian hotelier, Lanre Gentry, but it ended in 2017 after she accused him of domestic violence. She has two children.

She hails from Benin city which is the capital of Edo State. She is the second child in a family of five. She did her primary education at St. Francis primary school and attended Maryland Comprehensive Secondary School Ikeja, Lagos.

Mercy Aigbe is also an alumnus of The Polytechnic, Ibadan, Oyo State, where she received her OND in Financial Studies.

In 2001, Mercy Aigbe graduated from University of Lagos with a degree in Theater Arts.

Mercy Aigbe kicked off her acting career by starring in some soap operas including the popular T.V drama series “Papa Ajasco”.

Professionally, Mercy Aigbe joined the Nollywood industry fully in 2006 and acted in the movie that brought her into limelight ‘Ara’,a movie produced by Remi Olupo in Ibadan, Oyo State. She founded “Mercy Aigbe Gentry School of Drama” in 2016.

After her first marriage ended due to the interference of her mother inlaw, Mercy Aigbe in 2013, married a Nigerian hotelier, Lanre Gentry, and has two children (Juwon Gentry and Michelle Aigbe) and three stepdaughters.

In 2017, she shared photos of herself after allegedly being assaulted by her husband. She consequently separated from her husband due to claims of domestic violence, and started a campaign against it. Mercy Aigbe acquired a multi-million naira new mansion in 2018.