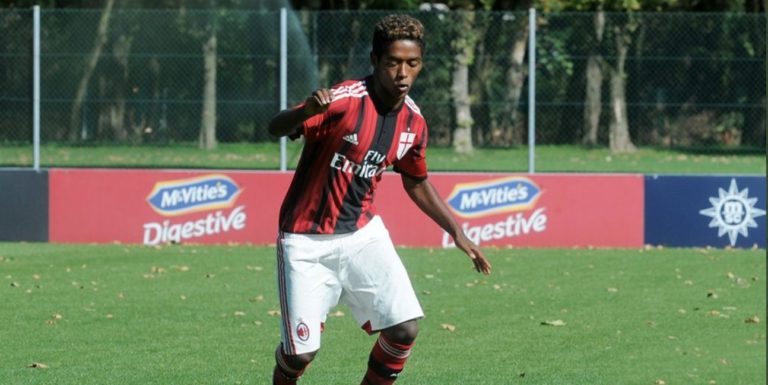 Former AC Milan Primavera player Seid Visin was found dead at his home. It would later be discovered that he committed suicide because of racist abuses.

Seid Visin died a few months after his 21st birthday. He was once considered a possible rising star in Italian football.

He had experience in various youth teams at Milan where he shared the locker room with players like Gigio Donnarumma.

He also ended up at Benevento, but in the 2016-17 season the midfielder had decided to abandon his dream of becoming a professional footballer by returning home to his family. Born in Ethiopia, Seid was adopted by a couple from Nocera Inferiore and devoted himself 5-a-side football after leaving Benevento.

Atletico Vitalica – a club that plays in Serie D of futsal – spared the following message (via Italy24news): “It is with this thought of our manager Antonio Francese that we say goodbye to our Seid.

The president Nello Gaito, the members of the club, the technical staff and the football players embrace the family and say ‘goodbye’ to the young talent: ‘Your smile, your undisputed talent, your natural and extraordinary predisposition to give your all to the ball remain etched in our mind.”

It is indeed sad and tragic news, and we at SempreMilan would like to extend our sincere condolences to Visin’s close friends and family in what must be a very difficult time.

Visin, was born in Ethiopia in September 2000 and was adopted by an Italian family from Nocera Inferiore. He played five-a-side football and worked as a waiter after retiring from football. He was found dead at his home on Friday.

“Wherever I go, wherever I am, I feel the weight of the sceptical, biased, disgusted and frightened glances of people,” he wrote.

“I am not an immigrant, I was adopted when I was a child and I remember everybody used to love me. Everywhere I went, everybody was talking to me with joy, respect and curiosity. Now it seems that everything has turned upside down.

“I had been able to find a job which I had to leave because too many people, especially the older ones, refused service by me. As if I was not already not feeling at ease, they accused me of being responsible because many young (and white) Italians were not able to find a job,” he continued.

“Something has changed inside me. It’s like I am ashamed of being a black guy as if I was afraid of being considered an immigrant. It’s like I had to prove to people who did not know me that I was just like them. Italian and white.

“I used to make bad jokes about black people to show that I am like them, but it was fear. Fear for the hate that I saw inside people’s eye looking at immigrants.

“I don’t want people to be sorry for me, I just want to remind myself that the hardship and suffering that I am experiencing is a drop of water compared to the ocean of suffering experienced by those who prefer to die instead of leading an existence in misery and hell.

“Those people risk their lives, some of them lost it already, just to taste what we simply call life.”

Advertisements
In this article:Seid Visin