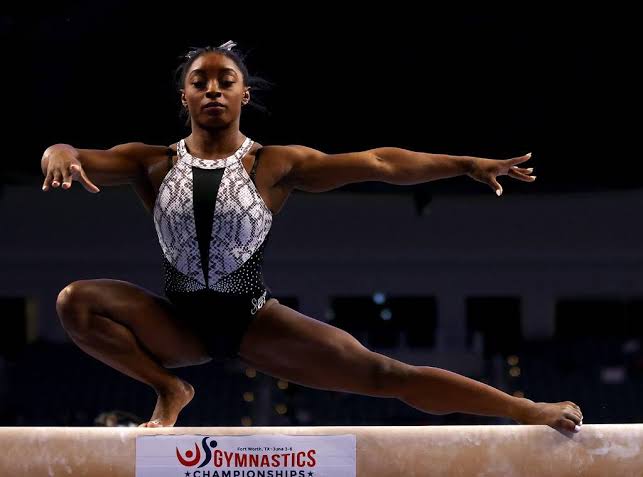 Simone Biles completed a historic weekend in Fort Worth, Texas, with ease on Sunday night and looks more than ready for Tokyo.

Biles won her seventh all-around U.S. Gymnastics Championships title on Sunday with an overall score of 119.950, which gives her the most wins at the event by any woman in American history.

Biles surpassed Clara Schroth Lomady’s previous record of six titles with her win. She’s now tied with Alfred Jochim for the most by any American, man or woman, and has won every title but once since she first entered back in 2013.

Biles held the top scores in the vault, balance beam and floor exercise throughout the event, and took third in the uneven bars.

The 24-year-old is clearly gearing up for the Olympics, too, as her floor routine was set to a song from “Fast and Furious: Tokyo Drift” — which included an incredible “never-been-done-before” move dubbed “The Biles.”

With the U.S. Championships now behind her, Biles and her teammates will now prepare for the Olympic Trials later this month.

The top two athletes who finish at the three-day event in St. Louis, Missouri, will automatically make the Olympics squad for the rescheduled games starting July 23 in Tokyo. Two others will be chosen for the team, and a fifth athlete will advance as an individual.

Biles, naturally, is all but certain to make the team — which would allow the five-time medalist to attempt to defend her all-around Gold medal from the 2016 Games in Rio de Janeiro. Lee and Chiles are strong favorites to make it to Tokyo, too.

Chiles, 20, has now finished second to biles twice in the past three weeks after taking sixth at nationals in 2019.