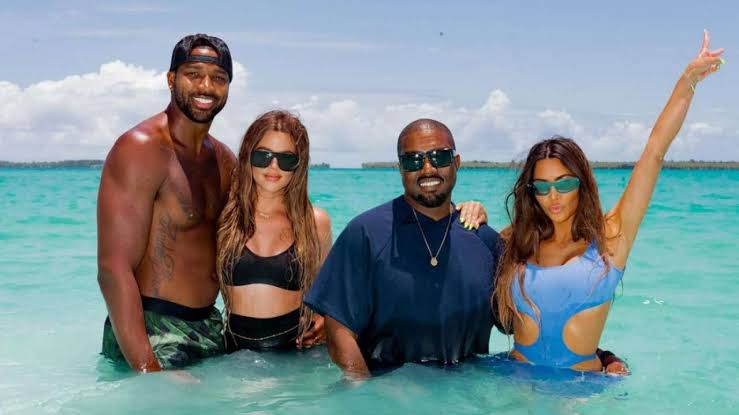 Khloé Kardashian has no hard feelings for Kanye West — even as her sister Kim is in the middle of divorcing the hip-hop star.

“Happy birthday to my brother for life!!!” Khloé wrote on Instagram Tuesday next to a picture of her frolicking in some turquoise water in happier times with Kanye, Kim and on-again-off-again boyfriend Tristan Thompson.

While Khloé made nice to the “Power” rapper, Kim has not publicly wished her estranged husband a happy 44th birthday.

Kim Kardashian recently broke down over the dissolution of their marriage on “Keeping Up With the Kardashians,” even calling herself a “failure.”

“I honestly can’t do this anymore,” she added as she recapped a fight she had with West to her sisters. “Why am I still in this like, place where I’m stuck for years? Like, he goes and moves to a different state, every year, I have to be together so I can raise the kids, you know? And he’s an amazing dad, he’s done an amazing job.”

She concluded, “I think he deserves someone that can go support his every move, go follow him all over the place and move to Wyoming — I can’t do that. He should have a wife that supports his every move and travels with him and does everything.”

West’s birthday comes nearly four months after Kim filed for divorce from the rapper, with whom she shares daughters North 7½, and Chicago 3, and sons Saint, 5, and Psalm, 2.