A 19-year-old Zimbabwean girl, Tariro Matutsa of Nyenda Village, Mutoko has been charged with murder of 40-year old Sure Tsuro who allegedly tried to rape her.

A police internal memo confirmed that Tsuro had been repeatedly harassing Matutsa and demanding sexual favours from her. On June 7 when the teenager was alone at home preparing rice for breakfast, Tsuro reportedly came to her house, started proposing love to her and harassing her.

“Tsuro proposed love to the accused person who turned him down. Tsuro went on to take a pot containing rice from the fireplace and threatened to throw it away in protest. He later withdrew his intention and brought it back to the fireplace before going away.”

Tsuro who was unsuccessful in his attempt, returned to the woman’s home in the evening while she was alone preparing dinner. 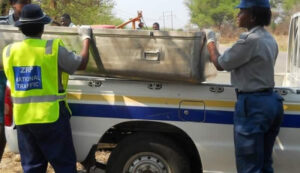 “Tsuro went on to propose love demanding consent for sexual intercourse from Matutsa. The accused person again turned him down. The now-deceased went on to spill a boiling pot containing meat in protest. The accused picked up the pieces of meat from the ground and washed them with water.

“Tsuro persisted, demanding to have sexual intercourse with Matutsa, and the accused person refused. Tsuro suddenly produced his erect penis and charged towards the accused person. The accused person took a glowing piece of firewood, extinguished it using water that was in a bucket at the fireplace, and assaulted the now deceased several times on the legs and hands.

“The accused person also assaulted the now deceased twice on the head using the same log. Tsuro staggered away from the fireplace and walked out of the yard. He fell to the ground 10 meters away in the middle of a dirt road leading to Jumbe Business Centre.”

Following the trying, Matutsa informed her neighbour Patricia Makwanya of what had happened. Makwanya and Matutsa then sought the aid of Tsuro’s relative, Kudzanayi Tsuro. The three of them moved the would-be rapist into Makwanya’s kitchen since he was injured.

There’s more to marriage than looking for a cook, maid and…

10 steps that will help you stop overeating on weekends