10 things Nigerian women should know about women in Finland

Women in Finland enjoy a high degree of equality. In 1906, the women of Finland became the first women in Europe to be granted the right to vote.

There are many women in Finland who hold prominent positions in Finnish society, in academics, in the field of business, and in the government.

Below are 10 things Nigerian women should know about women in Finland:

1. Married women, by custom, introduce themselves by mentioning their forename first, then their maiden name, and then the surname of their husbands. Women can be ordained as priests.

2. In 1970 there was a brief but strong women’s movement. Rape in marriage was not considered a crime at the time, and victims of domestic violence had few places to go. 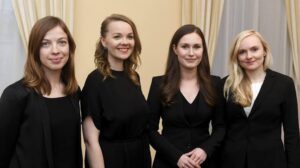 3. Feminists also fought for a day-care system that would be open to the public, and for the right for not only paid maternity leave but also paternity leave. Today there is a 263-day parental leave in Finland. It is illegal to discriminate against women in the workforce. Two feminist groups were created to help the movement: The Marxist-Feminists and the Red Women.

4. The feminists in Finland were inspired by other European countries such as Sweden and Switzerland. Other important groups for the Finnish women in the 1970s include “Unioni” and “The Feminists”

5. Finland became one of the first countries to grant women the right to vote, and still today they are among the top countries for women equality. Finland was voted second in the Global Gender Gap Index in women’s rights.

7. In 2003, the government of Finland proposed addressing issues with gender inequality. They promoted gender equality over the entire public administration, reform the Act on Equality that the men and women in Finland share, promote equal pay for work of equal value, increase the number of women in political and economic roles, assessing gender equality from the male point of view, prevent domestic violence and intimate partner violence, protect victims of trafficking and the possibility of criminalizing buying sex. This act is called the Government Action Plan for Gender Equality and it included more than 100 issues that needed discussion.

8. According to the Finnish Labor Force Survey around 32% of the 301,000 people who are self-employed are women. Women first became involved in labor markets through agrarian societies. Even before the public daycare systems, the number of women in the workforce was over 50%. The number of workers in the labor force that makes up the females (ages 15–74) is 51%, where men is 49%. 32% of the women are involved in entrepreneurship.

9. Military service is required for men in Finland, but is voluntary for women. Women who enlist are allowed to train for combat roles. Finland is one of 16 other countries in the world that permit women in front-line combat positions.

10. There’s equality in the workforce in Finland. Employers who have at least 30 employees must have a gender equality plan that includes a women’s and men’s pay comparison. The Ministry of Social Affairs and Health and other important labor market organizations set guidelines for gender equality planning. 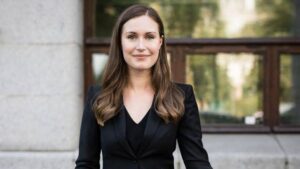 Tarja Halonen is a powerful woman in Finnish politics. She was first the Foreign Minister before she became the first female president of the country.

Tarja Halonen was voted into office in 2000 and for a second term in 2006. Since the 2011 parliamentary election, women’s representation stands at 42,5%.

In 2003, Anneli Jaatteenmaki became the first female Prime Minister of Finland, and in 2007 Matti Vanhanen’s second cabinet made history as for the first time there were more women than men in the cabinet of Finland (12 vs. 8).

Building a man and neglecting yourself is a problem -Angela…