Adeyinka Alaseyori is the name on everyone’s lips lately. She trended over the weekend on different social media platforms.

The gospel singer won the hearts of Nigerians who didn’t hesitate to support her and her music after a video of fellow singer, Tope Alabi downgrading her song ‘Oniduromi’ went viral.

While the internet was heating up because of her matter, Adeyinka Alaseyori broke her silence on the viral Tope Alabi’s criticism of hit song ‘Oniduro Mi eseun o’. 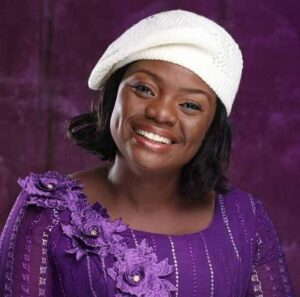 The singer first got people talking in April when a video of her doing ‘legwork’ during a ministration leaked online.

Here are some facts about the rave of the moment Adeyinka Alaseyori:

1. She was born Adeyinka Akinyemi on June 4 in Lagos but hails from Ondo State.

2. She is the first of four children.

3. She grew up with her grandmother as her parents separated at the time she was born but reconnected years later.

4. She was a member of her church’s choir while growing up. 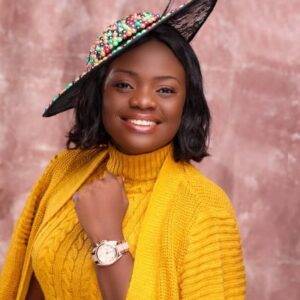 6. She has a degree in Accountancy from Lagos State Polytechnic and National Open University (NOUN) respectively.

7. She started her music career professionally in 2012 but came into the limelight in 2020.

9. She currently has 3 albums to her credit, Alaseyori Mi, Alaabo Mi, and Arojinle. Some of her popular songs include Aye Ope Yo, Oniduromi, Arojinle, The Almighty God, Oba Atobiju and others.

10. She got married to her long-time friend manager on December 5 2015 and they are blessed with a son.

“If you judge people by their outward appearance, you are not exposed” – Uriel Oputa

Who is Bill Gates’ ex-girlfriend Ann Winblad and why…

Some men don’t know the importance of having a good…