She is best known for her online comedy skits which she began producing and sharing, first on her Instagram channel featuring various Nollywood actors. 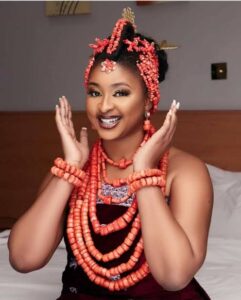 Below are some quick facts about Etinosa Idemudia:

2. In 2011, she obtained a bachelor’s degree in Computer Engineering from Covenant University.

3. After her graduation from University, Etinosa began working as a Planning Engineer with Delattre Bezons Nigeria, a subsidiary of Entrepose Contracting. She formerly worked as a planning Engineer for oil and gas construction projects until 2016 when she went into acting full-time.

4. Within a short time, she launched ‘EtinosaTV’ where she does comedy skits. She has also featured in several movies and TV productions including; Ajuwaya, Bensonville, Scheme, Nurse Abigail, Losing Control, Desperate House girls, Grape, Diary of a married Man, Bensonville, and Adventures of Etiosa.

5. In 2013, upon discovering Instagram Videos, Etinosa Idemudia began producing comedy skits, which she shared on the social media platform. The skits enjoyed rave reviews, bringing her relative success in the Nigerian entertainment industry, which culminated in her winning the award for Best Online Comic Act at the 2016 Scream Awards. 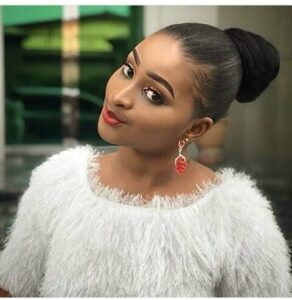 6. She is also known for her break-out role as Amanda in the sitcom Chairman and her first feature film production The Washerman, which after the release of its trailer, experienced massive anticipation from her fans.

7. In 2016, Etinosa enrolled at the Royal Arts Academy, Lagos, Nigeria where she obtained a Diploma in Performing Arts, after which she quit her engineering job to pursue a full-time career in entertainment.

8. Her first movie role was minor cameo appearance in A Little White Lie produced by Emem-Isong. Since then, she has gone on to feature in number of notable Nollywood movies and television series including Alter Ego, Chairman, Corpershun and Love in the Wrong Places.

9. In 2017, she won the award for Best Actress at the 48 Hours Film Project for her performance in the short film Scheme.

10. In 2018, she began producing her first feature film, The Washerman, which features several notable Nigerian entertainers and Nollywood actors. The release of the trailer for the movie built up massive anticipation for the release of the movie scheduled for the Summer of 2018. 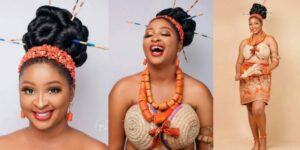 11. On Dec 26, 2020, Etinosa announced on Instagram that she welcomed a baby girl with her husband.

12. Last month, Etinosa Idemudia confirmed that her second marriage to Ighorosa, a Benin-based lawyer has crashed less than a year after they tied the knot. The pair got in September last year and welcomed their first together in December.

13. As a content provider, Etinosa Idemudia has provided content for leading Nigerian telecommunications company MTN on their MTN Comedy Plus platform.

14. She also serves as a brand ambassador for MUVng, a vehicle for hire company based in Benin, Edo State, Nigeria.

15. Etinosa Idemudia made a vow never to be a feminist because she is a humanist.

How to stay fit and healthy with a busy schedule

My gold hair made me victim of illegal police arrest