“If you judge people by their outward appearance, you are not exposed” – Uriel Oputa

Uriel Oputa took to Instagram to warn people to stop judging her based on what she wears.

She noted that she is not her clothes and sometimes, those who cover up are “the most evil”.

“Judge by deeds, not by what the eye feeds,” she added.

She went on to say that those who judge others based on what they wear are not exposed. 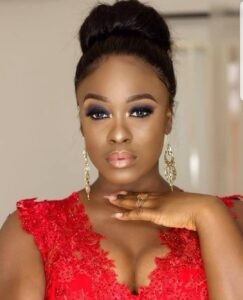 PLS IF I POST BIKINI PICTURE OR EVEN A VIDEO WEARING SHORTS. ETC DON’T SAY URIEL IS NO LONGER A GOOD GIRL…

2) EVEN PEOPLE WHO DEY WEAR LONG SKIRT WILL BE THE MOST EVIL.

3) IF YOU JUDGE PEOPLE BY THIER OUTWARD APPEARANCE THEN YOU ARE NOT EXPOSED.

I HAVE LEARNT TO LIVE BY MY OWN EXPERIENCE NOT BY THE EXPECTATIONS OF OTHERS.

Don’t box me, I am not my clothes. Judge by deeds not by what the eyes feeds. I know some souls who wear long coats but to give 50 naira is problem. Oh and jealousy na their body wash. Just be open minded love knows no garment.” 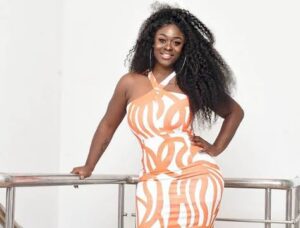 Below are 10 things you should know about Uriel Oputa:

2. She is the only girl in a family of 5 children, she has four brothers.

3. She is related to Charly Boy as her late father was Justice Oputa’s brother.

4. She loves to take care of her mother who suffers from dementia.

5. She is a graduate of Creative writing from Bedfordshire University.

6. Uriel Oputa once contested for Glo-X factor. She also auditioned for Project Fame and then Big Brother Africa in 2015.

7. She was a contestant on BET ‘Top Actor Africa Show’ which aired in 2016 but was the first Nigerian contestant to be evicted.

8. She finally got her to break in 2017 when she was one of the housemates that got into the Big Brother Naija house. She, however, didn’t make it to the finals.

9. She is a big fan of tattoos as she has four of them.

Why is it so hard to eat healthy foods during Christmas…

10 types of people Nigerian women will meet in the gym