Victoria Kimani is a popular singer, songwriter, actress, and entertainer.

Popularly known as Cholocate City’s ‘First Lady’, she is currently the ‘third person in the beef between fellow singers, Tiwa Savage and Seyi Shay.

Here are some facts about her.

1. Victoria Kimani was born on 28 July 1985 in Los Angeles, California but she originates from Kenya.

2. She lived in Benin City, Nigeria, for two years, where her parents who were pastors did missionary work.

3. She began singing at the age of 9 and at age 16, she began performing alongside other church choir members as a backup and wrote songs for others. 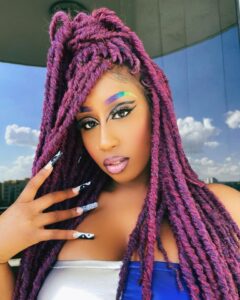 4. Kimani went to college and did back-ups for Mercy Myra on returning to live in Kenya.

5. She later opted to drop out of school to fully pursue a career in music.

6. Victoria Kimani shot into the limelight in 2010 when she performed a remix of Ice Prince’s hit single “Oleku“.

7. She was the first female artist signed by Nigeria’s music label Chocolate City in 2012. 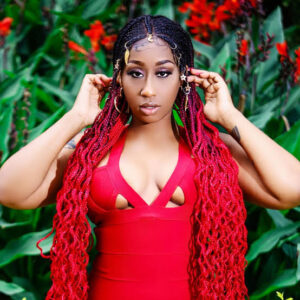 9. Kimani has several mixtapes which include Oya, Heaven, Hate Me, Open Up Your Heart, F.U.M.F, Do What You Want and Fre.

10. She and 7 African female musicians, Cobhams Asuquo, and a team of One Campaign staff met in Johannesburg to create “Strong Girl” on May 13, 2015.

11. Kimani was in a relationship with her Chocolate City label mate, Ice Prince for two years. The pair also released a romantic single together titled ‘Loving You’ in 2015.

13. She released her debut album Safari in 2016, which collaborated with stars across Africa: Sarkodie, Khuli Chana, Jesse Jagz, Phyno, and Ice Prince. 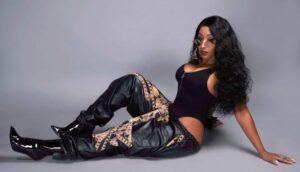 14. She has been nominated for several music awards some of which include

15. Kimani shaded Tiwa Savage in the #FVCKChallenge started by Kiss Daniel in 2019. In the video made by the singer, the line ‘Grandma African bad girl’ references a line from her hit song ‘Malo‘ with Wizkid.

Victoria Kimani once stated that she has never felt safe or protected by African men. In series of tweets she shared, Kimani averred that African men reduce their women constantly and break them down to a size that serves them only.

I enjoy r*ping old women in their farms because they…

Many Nigerian marriages are endurance marriages, not happy…