“What people are doing to Will Smith on Twitter is why I keep holding that we humans take infidelity way too personal.

Yesterday, I was in one of those Mommies group where a woman was running form thread to thread asking why her husband is being unfaithful and even offering to be checked out by other women so they’d see if she’s beautiful or not.

It was pathetic and it is pathetic how Will is being dragged because Tupac wrote his wife a song. How is it any of Will’s fault that another man was very public about his affection for his wife?

If Jada truly has been unfaithful in their marriage, how does that mean Will is anything less than the great man that he is?

Last year, someone said to me “it’s just so sad that despite Will’s success, he can’t keep his wife faithful” and I laughed because I found it very funny and tried to disabuse his mind from such beliefs.

You can NEVER keep a man or a woman or even a dog faithful. Anyone who is faithful to you does so of his/her own will, it’s the same with anyone who isn’t faithful. A good percent of the time, it is NEVER about you. 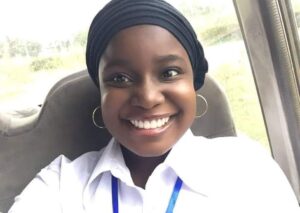 It is why it is so normalized around here to physically harm a person who has been unfaithful. It’s why all of a sudden, some people who normally would have been all out against violence perpetuated against women were seemingly supportive of a man who hit his wife cause she had an affair, it’s why people think it’s okay to harm their husbands or his mistress.

Infidelity is hardly ever something to be taken personally.

You talk to a lot of people and they are so terrified of their partners being unfaithful.
One man said that his biggest fear is that another man will fvck his wife.

His fear is not that she’d get Cancer or that she’d die but that she’d be unfaithful to him. That man will probably be one of those making fun of Will Smith now, they’ll call him a weak man, a loser and a bum.

Many people are terrified of their partners being unfaithful and it has nothing to do with them being worried about sexual infections or how it might affect their relationships or even about how much they love their partners but because they have taken infidelity to mean they are not enough or that they are lacking in something.

Many others are enraged about it and it’s why they want to murder either their partners or the one their partners had an affair with because they take it to mean that something has been stolen from them.

You’d be surprised at the number of people who consider their partners their private possessions and belongings.

Some of these people do not even love their partners anymore or maybe never even did, they just see them as something that belongs to them, like crayons or a pencil.”