The 15th album by West African pioneer Angélique Kidjo has the feel of a grand homecoming parade: celebratory and inclusive, with an acute sense of place and time.

Mother Nature is in sync with the 60-year-old’s life mission to promote African culture through the liberation of song.

It has landed the Beninese singer four Grammys and won the ear of Bono, Alicia Keys and Phillip Glass: such is the admiration for Kidjo in Africa that many of the continent’s exciting new crop of outward-looking musicians refer to her as “mum”.

That respect is mutual. Upon winning a 2020 Grammy for Celia, a reimagining of the songs of salsa star Celia Cruz, Kidjo praised the new generation from the stage.

In Mother Nature, she proves it was no empty gesture, enlisting emerging African talent to shape a record where modern pop, R&B and hip hop are assimilated into age-old African rhythms.

The jubilant, danceable blend of heritage and contemporary extends to Kidjo’s attempt to set Africa’s future course by addressing its past and interrogating its current standing, flaws and all.

“Africa, One of A Kind”, featuring Mr Eazi and built around a sample of Malian singer Salif Keita, is an uplifting rallying cry; the catchy Afro-fusion of “Do Yourself”, featuring Nigerian superstar Burna Boy, implores Africa to defend itself in an unforgiving world.

Despite lockdown constraints requiring distanced pan-continental collaboration – apt given that the title track warns of impending climate doom – the sense of communal endeavour is unmistakable. Kidjo is clearly invigorated, even when tackling social injustice. 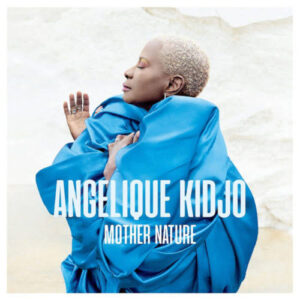 “Mycelium” is a diverting change of pace – its dramatic strings could make it a Bond theme – but the message of this joyous, infectious record is encapsulated in the very final words: “Life is so beautiful.”

According to Kidjo, forming an identity as an African artist is always difficult but especially during this time. With the market for global audiences for popular African music having expanded with flourishing genres like Afropop or Afrobeats, she says it would be very easy to mimic each other. That so many artists have evaded that, is a testament to what she sees as a very bright musical future for the continent.

In Mother Nature, Kidjo not only empowers her collaborators to occupy her musical space as equals, from songs like “Meant for Me” featuring Shungudzo and “Take it or Leave it” featuring Earthgang, she also showcases a continuous musical metamorphosis. In the album, Kidjo sings to drum beats and counts that operate as an ode to the traditional drumming sounds of generations past — widespread in West African music history — while utilizing rhythms and arrangements prevalent in Afrobeats, Hip-Hop, and Dancehall, among others.

The unfortunate thing about being a woman in Nigeria

Woman murdered weeks before she’s to relocate to…