African Rap icon Olamide returns with ‘UY Scuti’, the highly anticipated body of work, which follows the success recorded by ‘Carpe Diem’, his last studio project, which was put out in the early hours of Friday.

Olamide had released the tracklist to the project which includes song titles such as ‘Need For Speed’, ‘Jailer’, and ‘Rock’.

Considering the meaning of the album title, ‘UY Scuti’, it is the largest known star in the universe, with this album, Olamide declares himself a star and the biggest. He says;

I chose UY Scuti for the title because this project is way bigger than anything I’ve ever done before. From the creativity, the amount of work that went into the project, the process, it’s just a new Olamide inside me.

Different from his other albums, ‘UY Scuti’ is all English. Also, the feature with Phyno is all in English. 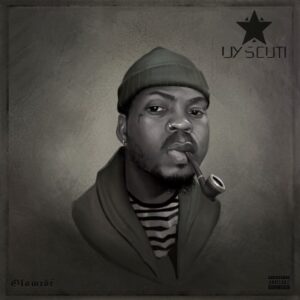 Olamide has continued to pull the wights of fame in the Nigerian music scene. Popularly called Baddo or BaddoSneh, the 32-year-old rap star put out his debut studio album ‘Rapsodi’ in 2011, while he was still signed to Coded Tunes.

‘UY Scuti’, which takes its name from the largest-known star in our universe, sees the street Rap legend and Afrobeats stalwart expanding his sound in new directions, pulling inspiration from Dancehall, Reggae, Amapiano and Alté for his most melodic and personal project to date.

Production credits for the ten tracks go to Eskeez, with an assist from P-Priime on one of the tracks.

Olamide is the head of YBNL Nation, which he’s grown into one of Nigeria’s most influential and respected record labels since founding the imprint in 2012, launching the careers of artists some artists.

In 2020, YBNL announced a new partnership with EMPIRE, which has allowed the United States-based indie powerhouse to significantly expand its presence in Africa.

Sometimes, being good to people can really be exhausting says Toke Makinwa

10 things women over 40 should know about ovarian cancer

I will lose any relationship before I lose my mind and…

10 things couples should be doing during courtship