20 things you should know about WWE Super star Becky Lynch

Rebecca Quin is an Irish professional wrestler and actress. She is signed to WWE under the ring name Becky Lynch.

She is assigned to perform on the Raw brand, but has been on maternity leave since May 2020.

Below are 20 things you should know about Becky Lynch popularly known as  ‘The Man’:

2. Becky Lynch is one of WWE’s most recognizable and highest paid stars. Twitter named her sixth on their list of Top Female Athletes Worldwide in 2019. 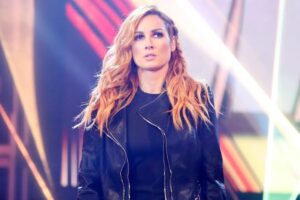 3. Becky Lynch began training as a professional wrestler in 2002. Initially working in Ireland, and occasionally teaming with her brother using the ring name Rebecca Knox, she soon began wrestling across Europe and North America on the independent circuit for various promotions.

4. In 2006, she suffered a severe head injury during a match which kept her away from wrestling for several years. She returned 2012 and signed a contract with WWE in 2013, assigned to the developmental territory at NXT.

5. Following her push to WWE’s main roster, she became the inaugural SmackDown Women’s Champion at Backlash 2016 and has held the title three times.

6. In 2018, Lynch transitioned to a more aggressive character starting at SummerSlam when she attacked Charlotte Flair, presenting herself as an unfairly-treated underdog and dubbing herself “The Man,” resulting in a large increase in her popularity. 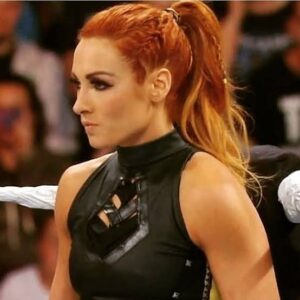 8. She lost the SmackDown title the following month, but then set the record for the longest reign as Raw Women’s Champion at 399 days until going on a hiatus due to pregnancy in May 2020.

9. She began dating fellow professional wrestler Colby Lopez, better known as Seth Rollins, in January 2019. Their relationship was made public in May, after months of speculation. 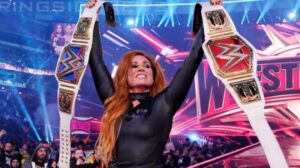 11. On 11 May 2020, during an episode of Raw, Becky Lynch announced that she and Lopez were expecting their first child.

13. Quin and Lopez got married on 29 June 2021. Lopez announced their marriage on his Instagram Stories, writing “seems like a fine day to (finally) get married”.

14. She was one of three first women to headline WrestleMania, WWE’s flagship annual event (alongside Charlotte Flair and Ronda Rousey and first to win a WrestleMania main event. 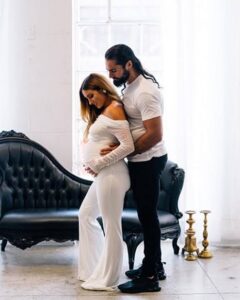 17. She became the only woman to win the Pro Wrestling Illustrated’s Most Popular Wrestler of the Year in 2019, Becky was also the first and only female performer in WWE history to lead the company in merchandise sales.

18. Her Last Woman Standing match against Charlotte Flair on  WWE Evolution was ranked No. 1 by WWE on “The Top 25 Matches of 2018” list.

20. As of April 2020, Becky Lynch was the sixth highest-paid WWE wrestler and the highest paid woman according to Forbes with a salary of US$ 3.1 million.

Your life is looking sideways if you take care of your…