The Police in the Federal Capital Territory (FCT) has invited activists planning to protest the death of Keren Akpagher.

Keren Akpagher, an SS1 student of Premiere Academy in Lugbe, Abuja, was allegedly raped by persons yet to be identified.

She died on June 22, 2021, after suffering hyperglycemia triggered by sepsis, an infection caused by the condom found in her.

Her story angered Nigerians and activists planned a protest for Friday, July 9, to call attention to the incident and demand justice.

The Police letter was signed by Pam Joseph, a Deputy Commissioner of Police at the Criminal Investigation Department, FCT Command.

Lemmy Ugbhegbe, head of Coalition Against Gender-Based Violence and Convener, Men Against Rape Foundation was asked to appear for “inciting public disturbance.” 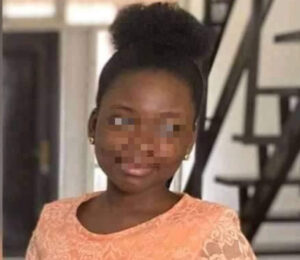 Security operatives reportedly tracked Ugbhegbe to the private school run by his wife to give him the letter of invitation.

The management of Premiere had denied that the autopsy result in the death of Keren indicted the school.

The FCT Police is carrying out a probe, according to ASP Mariam Yusuf, Public Relations Officer.

Commissioner of Police, Bala Ciroma assured the public that the command will be professional, fair, and thorough in its investigation. The CP appealed to everyone concerned to remain calm, allow the law to take its course, and await further updates.

How is this a public disturbance. Are these police men telling us that we don’t have rights again to demonstrate against injustice and corruption in a democratic settings? Is that what this administration is all about?

Nigerian women and girls are endangered species in this country and they can’t even get justice if they are k.i l.l.e.d. From publicly bashing those who stand against rape to calling a protesters nuisance just because they want to protest against the rape of an innocent child.

Different reasons men and women go to church in Lagos

Secrets you shouldn’t keep from your partner