Mary Kenner was an African-American inventor who made history for her development of the adjustable sanitary belt.

The sad thing was that racial discrimination caused her patent for the sanitary belt to be prevented for thirty years.

Below are 10 things Nigerian women should know about this inventor:

1. Mary Kenner was born May 17, 1912 in Charlotte, North Carolina and came from a family of inventors. Her father, whom she credited for her initial interest in discovery, was Sidney Nathaniel Davidson.

2. She graduated from high school in 1931. She attended Howard University, although she was unable to finish due to financial difficulties. 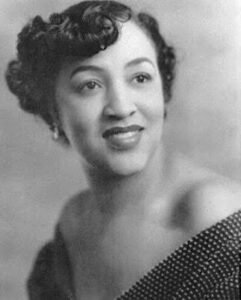 3. Mary Kenner did not receive any college degree or professional training. Women at the time were kept out of scientific establishments or academic institutions.

4. She and her family moved to Washington, D.C. when she was young and here is where she stayed to keep updating on her opportunities to have her ideas patented at the United States Patent and Trademark Office.

5. Mary Kenner invented an adjustable sanitary belt with an inbuilt, moisture-proof napkin pocket. She completed the patent application for her invention in 1954. In 1956, the application was approved. The invention was described as an eliminator for “chafing and irritation normally caused by devices of [its] class.”

6. However, the company that first showed interest in her invention, the Sonn-Nap-Pack Company, rejected it after they discovered that she was African American.

7. She never made any money from the sanitary belt, because her patent expired and became public domain, allowing it to be manufactured freely. She later invented a modification of the sanitary belt that included a “moisture resistant pocket.” 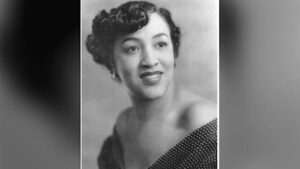 8. Between 1956 and 1987, she received five total patents for her household and personal item creations. She shared the patent on the toilet tissue holder with her sister, Mildred Davidson. She also held a patent on a back washer that could be mounted on the shower or bathtub wall, also known as a backwash. This invention was patented in 1987 patent number 4696068. She also patented the carrier attachment for a walker in 1959, after Mildred developed  multiple sclerosis.

9. Mary Kenner worked as a professional floral arranger and had four flower shops scattered around the Washington, DC area. She operated the business for 23 years after dropping out of college due to financial difficulties.

10. During World War II, she found a job with the federal government, working for the Census Bureau and General Accounting Office. She would chaperone younger women to attend military base dances in Washington, D.C. One night while chaperoning, Kenner met and fell in love with a soldier, whom she married in 1945. They divorced in 1950.

In 1951, she got married to renowned heavyweight boxer James “Jabbo” Kenner. Together, they lived in McLean, Virginia, near the Kennedy’s complex. They were foster parents to five boys.

Dear Nigerian women, own your sexuality, own your ORGASMS