Kate Henshaw is celebrating her 50th birthday today July 19, 2021. She shared new photos from her birthday shoot on her Instagram page:

He alone is my source and I am truly thankful!!

Where would I be without His mercy???

All that I am and all that I hope for is in God!! 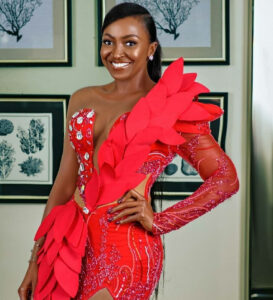 Below are 10 things Nigerian women should know about this super talented screen goddess on her 50th birthday:

1. Kate Henshaw was born in Cross River State. She is the oldest of four children.

2. She attended St. Mary private school in Ajele, Lagos for her primary education. Later, she was admitted to the Federal Government Girl College, Calabar for her secondary school education.

3. She spent one year at the University of Calabar studying remedial studies, and then majored in Medical Microbiology at the School of Medical Lab Science afterwards, LUTH (Lagos University Teaching Hospital) in Lagos. 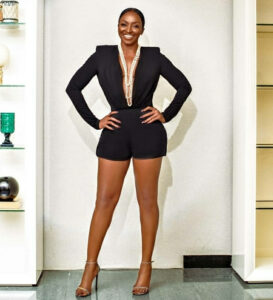 5. Prior to becoming an actress, Kate Henshaw worked as a model, featuring in various commercials including a print and television advert for Shield deodorant.

7. In 2008, she won the Africa Movie Academy Award for Best Actress in a Leading Role for the film Stronger than Pain.

8. She was nominated for “Best Actress in a Leading Role” at the African Movie Academy Award in 2018, for her performance in the movie “Roti”.

9. On 19 July 2014, Kate Henshaw officially unveiled her campaign website as she was aspiring to represent Calabar Municipal/Odukpani Federal constituency under the platform of the People Democratic Party PDP. Kate Henshaw lost the primary election to Rt. Hon Essien Ayi but was appointed as Special Advicer Liaison Lagos by the Cross River State Governor Ben Ayade in December 2015.

10. In 2011, she was honored by the Nigerian federal government as a member of the Order of the Federal Republic (MFR).

Kate Henshaw married British-born Roderick James Nuttal in 1999 and they welcomed their baby girl in 2000. The marriage lasted for 12 years before it crumbled in 2011.

“Take your grievance to God, not the media” Media personality, Morayo Brown criticizes alleged Winners Church pastor for bringing his sack letter to the media

10 warning signs he’s the wrong man for you

The worst thing Nigerian parents can do to their daughters

10 things couples should be doing during courtship