Three Nigerians have been arrested by the FBI over alleged fraud in the United States of America. 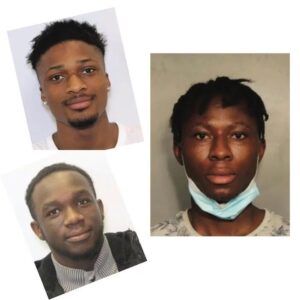 The suspected Internet crooks used an address in Hyattsville, Maryland, to rake in about $1.4 million in unemployment benefits from California, Arizona, Maryland and North Carolina. At least $1.2 million of the theft was received from California’s Employment Development Department alone. 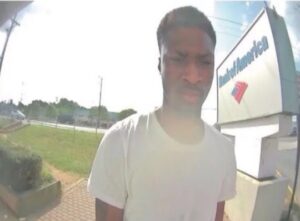 The trio filed about 200 unemployment claims with California’s EDD using a single address on 75th Avenue in Hyattsville, and the department was deceived into approving 97 of the claims, according to a complaint filed by John C. Collins, a special agent with the U.S. Department of Labor.

Mr Collins said the ring was jointly investigated by the FBI, Department of Labor’s Office of Inspector General and state law enforcement authorities. 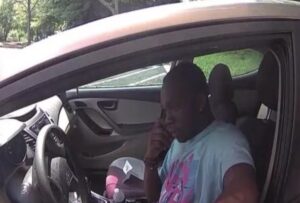 “Based on the size of the apartment, the investigation has concluded that a high number of UI applications associated with this address is unreasonable, and thus an indicator of fraudulent activity. “(Bank of America) records show that 142 UI claim profiles using the 75th Avenue apartment address issued a total of 175 prepaid cards from the states of Arizona, California, Maryland, and North Carolina,” Mr Collins said in the complaint filed in California.

The suspects filed claims that they had lost jobs as an accountant, dance therapist, computer consultant, librarian or other occupations, and used untraceable IP addresses, the complaint said.

A church barred a woman from winning a fishing trip because…

Nigerian parents, you have taught the girl child enough,…