The team was fined 1,500 euros, equivalent to $1,770 dollars, by the EHF for wearing “improper clothing” though the EHF did not elaborate on their outfits except to say they were “not according to the Athlete Uniform Regulations.”

The team wore blue thigh-length shorts instead of their usual uniform of bikini bottoms and a sports bra in a championship game of the European Beach Handball Championships against rival Spain. 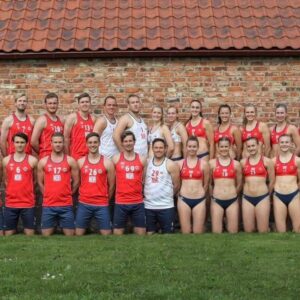 Several women on the team said their typical uniform is not ideal for handball, Kare Geir Lio, the head of Norway’s Handball Federation, told The Washington Post.

Unlike beach volleyball, beach handball consists of 10-player teams twisting and turning to throw, catch and dribble the ball with their hands.

Lio told The Washington Post that bikini bottoms make it difficult to recruit women to the sport.

The Norweigan team contemplated wearing shorts for the opening match of the tournament but decided not to after the EHF warned Norway’s Handball Federation of potential penalties if the team did not comply with the uniform restrictions in the rulebook.

The International Handball Federation rulebook states that female athletes must wear bikini bottoms “with a close fit and cut on an upward angle toward the top of the leg” and the side length “must be of a maximum of 10 [centimeters], or about 3.9 inches.” 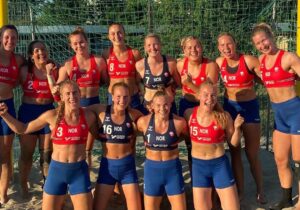 Restrictions for men include wearing shorts that are “not too baggy” and 10 centimeters above the kneecap.

But, prior to the championship game, the team agreed in a “spontaneous” moment to wear thigh-length shorts.

In an email to FOX Television Stations, the EHF said, “We have been working on change since the EHF Congress in August and will present suggestions after the Beach Handball Commission Meeting in August.”

Until then, Lio revealed that the team has not discussed whether they will comply to wear bikini bottoms or wear shorts for the next match.

Khloé Kardashian calls Kanye West her ‘brother for life’ on…

Why ladies shouldn’t be ashamed of their monthly…

Deadbeat fathers should face consequences of their…