Moyo Lawal has called out older women who judge younger women for doing the same things they did when they were younger.

She said any woman who didn’t marry her husband as a virgin is a sinner and has no right to shame younger women who are having sex outside of marriage.

She added that even if it’s the husband who deflowered the woman, as long as the sex happened before wedding, the woman is no different from the younger girls having sex outside marriage. 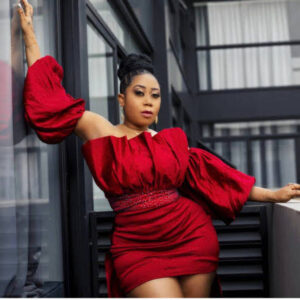 “Stop judging people for the same thing that you did….but yours was a secret.

See eeh… so far you didn’t marry your husband as a virgin (Sugarcoat it anyhow you want sex before marriage is a sin!! if you like let him be the one who disvirgined you )…

You are a sinner and you have no right to be calling anyone names.

I don’t know why, people who live in glass houses are always the first set of people to throw stones. 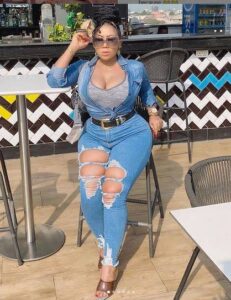 Stop judging people who sin different from you. Stop calling people names because you own is hidden. Just stop being a hypocrite.

All these married women doing things and still having guts to judge people I don’t even understand. Shey they told you that if you bring down other women, your sins will be washed away ni ? It is a lie oooh.

But what is my own? Na you people sabi, continue suffering and smiling. May I NEVER have a marriage that I have to sustain by cheating.”

Moyo Lawal born in Badagry town in Lagos State. She received primary, secondary and tertiary education in Nigeria. She Obtained her BSc degree in Creative arts from the University of Lagos.

Moyo Lawal is a Nollywood actress who  won the “Revelation of the year” award at Best of Nollywood Awards in 2012.

10 steps that will help you stop overeating on weekends

Be angry with your poverty instead of complaining about your…

Don’t pack your bags if you see your husband with…