Federal prosecutors on Friday filed new accusations against R&B singer R. Kelly in his New York sex trafficking case, including that he allegedly had sexual contact with an underage boy in addition to the previously reported abuse to teenage girls and women.

While the motion does not file new charges against R. Kelly, born Robert Sylvester Kelly, the prosecutors detailed previously undisclosed allegations in the case, in which the singer and record producer faces charges for alleged crimes of sexual assault, kidnapping and a racketeering scheme to provide him with underage victims for sex crimes.

The prosecutors alleged in Friday’s 52-page memo that Kelly, whose current charges include six alleged female victims dating as far back as 1991, in or around December 2006 met a 17-year-old boy at a McDonald’s and invited him to attend an after party at his house in Chicago. 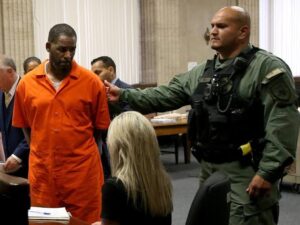 R. Kelly allegedly then invited the boy, identified in the court document only as “John Doe #1,” into his studio “under the guise of helping and mentoring John Doe #1 with his musical aspirations.”

The new allegations come as jury selection for his New York trial is scheduled to begin on Aug. 9 after being pushed back several times due to the COVID-19 pandemic. 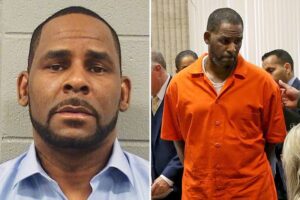 The charges in this case relate to those filed in Illinois, though a federal judge approved a motion for the case to be relocated to New York.

R. Kelly was supposed to go to trial on separate charges in Chicago in September last year, but his lawyer said that is also unlikely to take place. He has pleaded not guilty to all charges and is being held without bail in federal prison in Chicago. He was acquitted in that case of child pornography charges.

R. Kelly doesn’t know how to read and write. “I don’t even read really and I’m not afraid to say that,” he told a news channel how his illiteracy affected his life. “My cousins and brothers used to tease me, ‘You can’t even read right.” 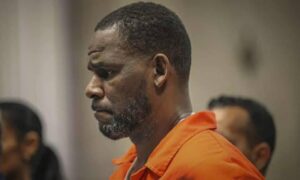 Surviving R. Kelly is a documentary series which reveals young women emerging from the shadows and uniting their voices against singer R. Kelly.

Celebrated as one of the greatest R&B singers of all time, R. Kelly’s career has been plagued with rumours of abuse, paedophilia, and predatory behaviour toward women.

Now, survivors are stepping forward to detail new allegations about his physical, mental, and sexual abuse. More than 50 interviews with those who include civil rights activist Tarana Burke, musicians John Legend and Sparkle, talk show host Wendy Williams, and R. Kelly’s family members shed light on the singer’s controversial past.

The things a woman will do and be called Olosho, men will do it and be hailed says Singer Simi

Women, do you know that urine doesn’t come out from…

Someone told me “maybe it was your fault that you were…