Emotionally immature parents will drive you crazy if you mistake their physical age for psychological maturity.

Emotionally immature parents refuse to acknowledge that they aren’t the center of the universe, freak out if things don’t go their way, and need to be constantly soothed like big babies.

Dealing with emotionally immature (EI) parents is frustrating. It’s hard to love an emotionally blocked parent who expects honour and special treatment but tries to control and dismiss you at the same time.

A relationship with such a parent is characterized by not getting your emotional needs met. They have little interest in experiencing emotional intimacy in which two people come to know and understand each other at a deep level.

If you think you may have an emotionally immature parent, listed below are some of the signs to watch out for: 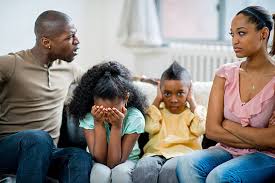 1. They don’t know how to deal with their emotions

Emotionally immature parents have no idea how to deal with their own emotional lives. They haven’t developed to a point where they can deal with or handle developments that make them angry, sad, or insecure.

Here’s the number one priority to an emotionally immature parent: themselves, themselves and always themselves. Even if they say, and truly believe, that you are the center of their world, they will always act out most violently if they don’t get their own way or if their preferences have to come last.

3. Things go smoothly only when they are the centre of attention

If they can’t be the center of attention, they will dance around until they can attract it again; that means some very silly upstaging activities, withholding, sulking, tantrums, drama, and emotional blackmail.

4. They don’t give rationale or empathetic responses

The emotionally immature parent has strange reactions that, seem completely dumbfounding to a stable human being. They are preoccupied with expressing, in insensitive ways, how they feel, and your thoughts about this don’t matter, which gives you an unnecessary emotional beating every time. 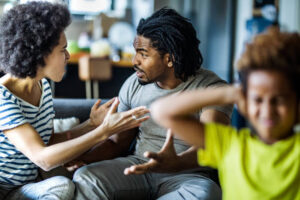 5. They can be emotionally hungry

Emotional hunger is based on a deep sense of unconscious emptiness in the parent’s own life, possibly leftover from childhood, that they attempt to fix by procuring affection from their child, often by over-parenting them compulsively. Emotionally hungry parents desperately want to be needed for their own reasons, not for any benefit of the children.

6. Your needs and feelings aren’t validated

7. You find yourself acting like an adult very early

Children of emotionally immature parents can actually grow up to be capable, rational people, because they had a nurturing, calming role and learn to sideline their own emotions from an early age. They had to become adults rapidly to deal with the emotional issues of their parents.

8. They frequently criticize or put you down in private and in public

Children who have parents who are not mature emotionally suffer from constant verbal abuse. These parents criticize their looks, their lives and almost everything they do. They attack them in public and in private just because they can’t deal with their emotions well. 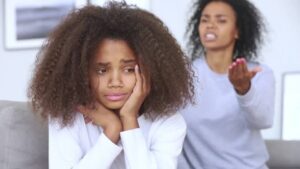 9. They don’t respect your boundaries or individuality

EI parents don’t really understand the point of boundaries. They think boundaries imply rejection, meaning you don’t care enough about them to give them free access to your life. This is why they act offended, or hurt if you ask them to respect your privacy. They feel loved only when you let them interrupt you any time. They also don’t respect your individuality because they don’t see the need for it.

EI parents’ self-absorption and limited empathy make interactions with them feel one-sided. It’s as if they’re imprisoned in their own self-involvement. When you try to share something important to you, they’re likely to talk over you, change the subject, start talking about themselves, or dismiss what you are saying.

How to handle emotionally immature parents

Rather than trying to engage these parents, emotional detachment is much safer. Use your thinking function rather than your emotional reactivity, and you will no longer be their emotional victim.

Express your feelings and let go

It is more effective to say what you need to say using clear, intimate communication, while releasing any expectation that they will change. By practicing speaking up in a calm way, you strengthen yourself whether they respond positively or not.

Manage the conversation instead of reacting to what the parent says. Make explicit goals for topic and duration, and guide things toward where you want to end up. By managing the outcome you want, you avoid the frustration of having conversations hijacked by your parent’s self-preoccupations.

Don’t focus on the relationship

You can’t expect empathy or fairness from an emotionally immature parent. Instead, think about the specific outcome you want, rather than trying to improve the relationship. Remember, anything emotionally intimate scares these parents.

Adaobi Amadi advises parents to talk to their children about everything

Students of St.Teresa’s College 96 set give back to…