After Issa Rae shared the news that she recently got married, her fans are eager to know more about her husband Louis Diame.

Even though Rae’s hit HBO show, Insecure, has taken inspiration from her dating life, she’s remained exceptionally private regarding the status of her real-life romantic affairs.

While people all over the world continue to process the news that the star is now married, below are some things we know so far about the Insecure star’s husband Louis Diame. 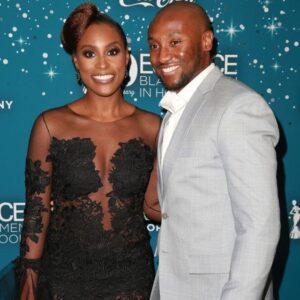 He is an International Banker

According to what appears to be his private LinkedIn page, the mogul is allegedly an independent banking professional in the greater Los Angeles area.

He appeared on an episode of Issa Rae’s web series

Rumors of their engagement first circulated in March of 2019

Speculation surrounding the pair’s engagement first began in 2019, when Rae was the cover star for Essence magazine’s April issue wearing a large studded diamond ring. Rae herself never confirmed the news, however, opting instead to remain coy on the subject of her potential engagement. 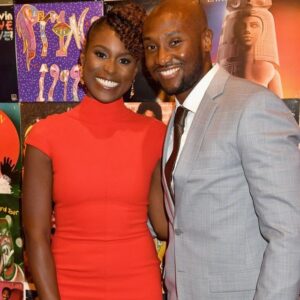 Diame has long been considered part of Rae’s family

Days after the couple’s engagement was officially confirmed, Rae’s brother, Lamine Diop, disclosed to Us Weekly that Rae and Diame had “been dating forever” and that Diame is “like a brother” to him. He also revealed that the engagement took place around the holidays that year, adding, “[Issa]’s so low-key too—for real! I found out, like, a couple days later, so we’re just gonna let her lead the way.”

They have made a few joint red carpet appearances

Despite their pattern of secrecy, Diame has joined Rae for a few red carpet events.

In 2016, they attended the after party for Insecure‘s premiere.

They also went to HBO’s Golden Globes after party back in 2017.

And they also posed for photos at the Essence Black Women In Hollywood Awards that same year, where Rae was honored with the Vanguard Award.

Rae announced she married Diame in France in July 2021

Rae revealed she and Diame tied the knot on her Instagram on July 26, 2021, sharing photos of her strapless tulle Vera Wang wedding dress and them together on the big day. The two wedded in Saint-Jean-Cap-Ferrat, France.

“Take your grievance to God, not the media”…

Don’t disregard tales of abuse by your current…