National Girlfriends Day is an annual event that is celebrated on August 1 every year.

National Girlfriends Day is a bonding occasion for women and girls to spend time doing fun together and showing appreciation for their friendship.

Romantic partners will come and go. Jobs are gotten and lost, but no matter what life throws at you, your girls will be there. It’s a perfect time to honor your “ride or die” crew of homegirls.

So, why do we love our girlfriends so much? Because they’re like sisters but without any of the growing-up baggage.

Plus, when times are tough, your girls will let you vent and when you are done; they will offer up the support you need to get through. 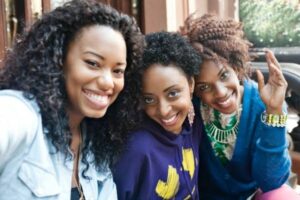 Spa days, weekend retreats, movie dates, beach parties, club hang outs complete with wine and food are even better when your girlfriends join in the fun.

This year on National Girlfriend Day 2021, spend some delicious time having time with your girls. Discuss your hopes and dreams in a really safe space, the circle of sisterhood.

It’s not known for certain who created National Girlfriend Day on August 1 but the strongest claim seems to stem from Mistress Susan who runs a luxury website. She says that she created and celebrated the date in 2004 as a chance for gal pals to express gratitude to each other.

The history of female friendships and gal pals is of course much longer than the day itself. Girls have been friends for so long that there is no way we can trace back to the first-ever female friends, so instead, we will mention some of the more notable gal pals from recent times. 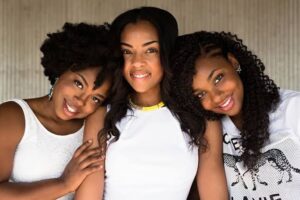 The Edinburgh Seven were a group of female friends who fought to become the first women to go to medical school in the UK in the 1860s. Despite studying medicine at Edinburgh University they were barred from graduating and becoming doctors.

Their determination put women’s rights on the national agenda and led to laws in 1876 that allowed women to study medicine at university. The Edinburgh Seven had paved for the way for the female doctors of the future.

Around the same time, Susan B Anthony and Elizabeth Cady Stanton were forming a friendship that would become revolutionary. The two were the founders of the women’s rights movement in the United States and were the trailblazers that pushed for white women’s suffrage. The two initially met in 1851 and it was in 1869 that they formed the National Woman Suffrage Association.

Another female friendship that is worth celebrating involves Ella Fitzgerald and Marilyn Monroe, with Fitzgerald attributing her big break to Monroe. 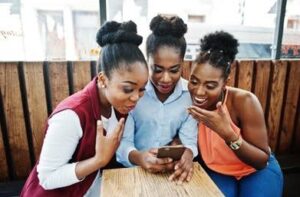 The singer tried to book a gig at the Mocambo in Hollywood in 1955 but the manager turned her away because she didn’t have enough “sex appeal.”

Monroe called the manager and said that she would sit front row every night if Fitzgerald got the job, which would pull in the press and crowds that the manager craved. Fitzgerald would say later. “After that I never had to play a small jazz club again.”

Gal pals are always there for each other and have a history of fighting against the tide to achieve great things together.

Make sure you take some time out on National Girlfriend Day 2021 to let your girlfriends know how much you appreciate them.

10 things lack of self worth will bring into your life