I have an only child and some people have taken it upon themselves to remind me of the disadvantages of having only one child.

They say it as if I have power over creating a human being. Some mock me to my face and ask me what I do with money because I have only one child.

Someone told me one day that I don’t look like someone who has an only child and a daughter for that matter. She reminded me that I am incomplete as a woman since I don’t have a son.

Even though there is plenty research that says only children are just as likely to be happy, healthy, and well-adjusted as their peers with siblings, old stereotypes still bubble up and it’s annoying. 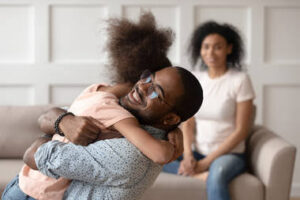 Below are 10 things people should stop saying to parents of an only child:

1. He/she must be really lonely

There’s a difference between being alone and being lonely. Only children are actually less likely to feel lonely because they have more experience being alone. They are comfortable hanging out with themselves and often have rich inner lives. But, it is important to make sure only children have lots of opportunities to play with other kids.

2. You are not a real parent until you have more than one

Some parents have told me this and I didn’t react well to their insensitive comments. I may have “just” one, but I have the important job of protecting and nurturing that life and I feel the same fears, worries, and boundless love other parents with children feel.

3. It must be so easy with just one child

Parents of only children don’t have to referee sibling fights, fill out school forms many times or spend a decade changing diapers. When other parents start complaining about the stress of having multiple kids, they resist the urge to remind them that having a big family is a blessing.

4. He/she won’t have anyone to help take care of you when you are old

While this technically may be true, there’s no guarantee that the children in a bigger family will share the work of caring for a parent, anyway. We have all heard about families where one sibling becomes the de facto caretaker, whether he or she wants to or not. This is a situation that’s impossible to predict, so it’s just hurtful to make someone feel guilty for it. 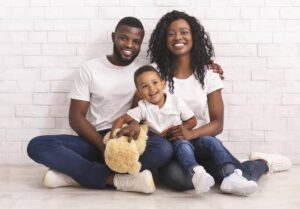 5. You are selfish for not having another child

One woman told me that I shouldn’t be looking so beautiful and exercising when I can’t have another child. Is it selfish not to want to risk medical complications, get into financial challenges or try to keep up with other women because I want to have another child? No. I am responsible to the child I have. She makes me a happy and proud mum.

6. Don’t you want to have another child?

I was asked this question a lot when my daughter clocked two and above. God knows I wanted to have four children but it didn’t happen. I have one, a beautiful, kind, loving and brilliant daughter and I feel blessed to be her mum.  These days, I don’t allow people’s insensitive questions affect me negatively.

All children have selfish and bratty moments, but only children are more quickly defined by these labels than children from bigger families. Some people see an only child who actually has empathy and social skills as a rare being. The reality is that all kids are in the process of acquiring these skills and should be allowed some mistakes as they grow.

I love my child dearly, but I try hard not to allow people’s insensitive comments about her needing siblings affect me. I tried to have more children but it wasn’t possible. So, I’m focused on giving my daughter the best of me. 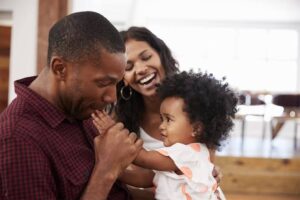 9. You don’t want your child to grow up to be spoiled, do you?

Parents of only children have internalized this stereotype so deeply that most of us are hyper-vigilant about not “spoiling” our kids. Even so, it’s a given that an only child is going to get more focused attention from his parents. Research shows this is a positive in terms of self-esteem, achievement, and even intelligence. They even live longer so it’s not a terrible thing.

10. What if he/she doesn’t have kids and you never get to be a grandmother?

Well, yes, I’ll be a little disappointed if I never experience being a grandparent. I want my child to grow up to be happy with her choices, not with pressure to make me a grandmother, so I make sure to make it clear to her that having children is her choice someday, no matter what anyone says.

Some people describe only children as spoiled, selfish/self-absorbed, maladjusted, bossy, antisocial, and lonely. This is not true.

Recent research has shown that being an only child doesn’t necessarily make you different from a peer with siblings.

In addition, the lack of a sibling doesn’t doom only children to become self-absorbed and antisocial.

Fake it till you make it- Reality TV star, Ese Eriata, advises

Adaobi Amadi advises parents to talk to their children about everything

10 things Nigerian mums do that make their daughters angry