Nigerian couple and entrepreneurs, Gloria Igberaese and Muyiwa Folorunsho, have been declared wanted by the Interpol over their involvement in multi-million dollar investment fraud, People Gazette is reporting.

The entrepreneurs are said to be the CEOs of Divergent Enterprise operating businesses such as Landlagos, PorkMoney, Hyberfactory and Porkoyum, among other companies that they allegedly used to fleece thousands of Nigerians in a slew of Ponzi schemes linked to them.

In one case, the suspects, whose social media prominence earned them the pseudonym ‘Bonnie and Clyde’, allegedly defrauded investors N1 billion.

“These funds were however diverted to personal use, including for the purchase of luxury properties and foreign citizenship,” victims said in a January 21, 2021, petition to federal authorities.

Warrants of arrest separately issued for them by the Lagos Division of the Federal High Court said they are wanted for obtaining money under false pretence and stealing. 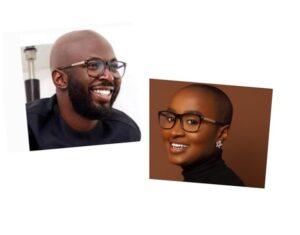 “He is wanted by the police for the offence of obtaining money under false pretence, stealing and diversion of fund,” a notice issued by the Intepol section of the Nigeria Police Force in Lagos said.

September last year, a bounty of N100,000 was placed on Glory Osei and Muyiwa Folorunsho by a twitter user simply known as Ruby.

Advertisements
Ruby @rebecca_spero
“Good morning guys. Please a friend is currently in search of these guys. Anyone with any reliable information on how the can be reached gets a N100,000 reward. Contact me if you have anything. Please RT.”

In 2019, Divergent Enterprise  trended on social media for the wrong reasons. The company, owned by Glory Osei and Folorunso Muyiwa, has been accused by ex-employees of scamming their clients through its various subsidiaries which includes fashion, property, and investment.

But the end is not near, as the ex-employees said back then that they were unfazed by Divergent’s threats of taking legal action against them for daring to speak out.

Rihanna Is Officially A Billionaire And World’s Richest Female Musician

Tonto Dikeh tackles Shade Ladipo over her post about her…

How a Nigerian wife dealt with her serial cheating husband

Uche Elendu reacts after being accused of being a bully when…