He changed my mind. He refined my soul. He changed the way I process information.

He approached me like a project, and he did a damn good job.

He made me see myself differently in a way that

demanded I ask more from my world. I have been trying to explain how this man impacted

my life, and I can’t find the words.

Four years later and I still can’t find the words.

He is in my head. Always. In everything that I have done in the last four years, he is centred around it.

It’s weird. It’s like being caught in a bubble.

I took his positive energy and refined it for myself.

I strongly believe I wouldn’t do all that I have done if it wasn’t for him.

Even to this moment. 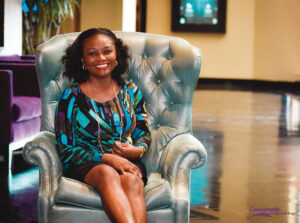 the saccharine joy, and then the lows.

I will not invalidate the issues of others regarding him. It has been two years since they were dragged on Twitter.

The dragging was necessary….

But her Facebook enemy Hymar David Idibie wasn’t having it. He has been making a series of posts bashing her and calling her names.

I still can’t get over this.

Somebody defrauded people of hundreds of millions and is on the run after being declared wanted not by just the police but by INTERPOL.

And somebody who was in bed with the said fraudster is on social media eulogizing the fraudster and trying to paint him as some sort of misunderstood martyr wey no bad like that.

Abeg, make I follow Davido ask, who dey give criminals this kain mind?

Only in Nigeria will you see criminals this bold. Only!”

What many Nigerian women call happy homes are nothing but…

“Don’t settle with a woman who doesn’t see you as her lord,…