She played a key role in curbing the spread of the virus in Nigeria. She was infected with the virus and died later in quarantine while receiving treatment.

Below are 15 things Nigerian women should know about the bold, fearless and courageous woman on the 7th anniversary of her death: 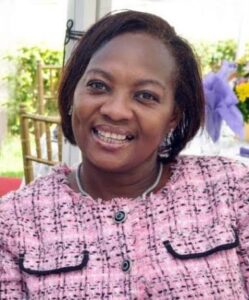 2. Ameyo Adadevoh was born in Lagos, Nigeria. She spent the majority of her life in Lagos. Her father and great-grandfather, Babatunde Kwaku Adadevoh and Herbert Samuel Macaulay were both distinguished scientists.

4. Stella Adadevoh worked at First Consultant Hospital where a statue of her great-grandfather exists.

The late Stella Ameyo Adadevoh spent two years in Boston Massachusetts before moving back with her family to Lagos. 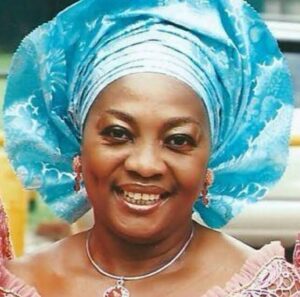 6. Dr. Adadevoh graduated from the University of Lagos College of Medicine with a Bachelor of Medicine/Bachelor of Surgery. She served her one-year mandatory housemanship at Lagos University Teaching Hospital in 1981.

She spent her residency at Lagos University Teaching Hospital and obtained her West African College of Physicians and Surgeons credential in 1983.

7. She then went to London to complete her fellowship in endocrinology at Hammersmith Hospital. She spent 21 years at the First Consultants Medical Center in Lagos, Nigeria. There, she served as the Lead Consultant Physician and Endocrinologist.

8. She is credited with having curbed a wider spread of the Ebola Virus in Nigeria by placing the patient zero, Patrick Sawyer in quarantine despite pressure from the Liberian government.

When threatened by Liberian officials who wanted the patient to be discharged to attend a conference, she resisted the pressure and said, “for the greater public good” she would not release him.

Dr. Adadevoh tried to create an isolation area, despite the lack of protective equipment by raising a wooden barricade outside Patrick Sawyer’s door.

Her heroic effort saved the nation from widespread infection. At the time of these events, Nigerian doctors were on strike, which could have led to severe crises. 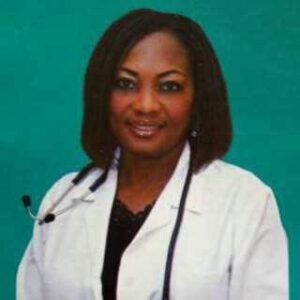 9. On 4 August 2014, it was confirmed that Dr. Stella Adadevoh had tested positive for Ebola virus disease and was being treated. She died in the afternoon of 19 August 2014.

10. Her body was decontaminated and cremated by the government. Her family obtained her ashes and held a private interment ceremony while upholding the funeral rights also on 12 September 2014, in Lagos.

12. The Dr. Ameyo Adadevoh Health Trust (DRASA), a non-profit health organization, was created in her honour.

13. The film 93 Days is dedicated to Ameyo and tells the story of the treatment of Patrick Sawyer by Adadevoh and other medical staff at First Consultant Medical Center. The film is directed by Steve Gukas.

14. On October 27, 2018, she was honoured with a Google Doodle posthumously on what would have been her 62nd birthday.

15. In February 2020, a road was named after Stella Adadevoh in Abuja, Nigeria’s capital city. The road “Ameyo Adadevo Way” is directly linked to Ahmadu Bello Way, one of Abuja’s major and longest roads. This is one of the first efforts made by the Nigerian government to honour her valuable contribution to the country.

Rape victim commits suicide because of her mother’s…