“I have to dedicate a whole post to Blessing Akuakanwa at this point because, if I say her audacity no dey murrrd me, I dey lie.

First of all, let’s forget about me and my “measly” 300k for a hot minute and talk about other people.

Since this whole Eatrich investment scam saga started, I have stayed on topic. No personal attack, just calling on Blessing to do what’s right because she alone, got so many people to invest in this scam.

So many people invested under her and she got paid not just for influencing, but for the people who registered under her. 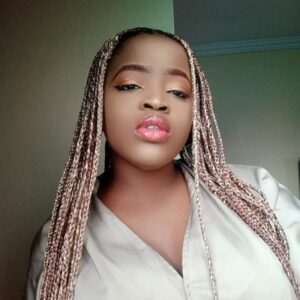 She made a post back then that she pulled in 30million for this investment company we are talking about. This is 30 million from people who believed that if Blessing is involved, their money is safe. People who thought “Oh, this girl is such a hard worker, let me invest with her and increase her bonus.”
Now investment has crashed.

Sam Afolabi basically walked into Blessing’s life and played her like a ping pong ball. Used her audience and the trust people had in her and walked away unscathed.

With the way Blessing goes on and on about how she thinks of her “online family” whenever she sees opportunities, you would think that she would at least raise a modafuckingggg storm to get back people’s monies.

Who the fuuuuck are you?

From being condescending to people inbox, to being passive aggressive for no reason.

I suggested that you sell a car which at this point only reminds people of how their monies were squandered on inanities. And suddenly you don’t know how to sell stuff anymore. Your fuckinnng bio says you can sell anything, and cars aren’t even exempted. 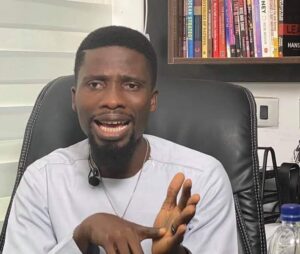 Your name is not on the papers, what nonsense talk is that? Do something that will shake the very foundation of that investment company and anyone affiliated with them!

You are angry because I won’t just rest and stop disturbing you. The audacity. People should stop bothering you concerning 30 million naira and probably more.

You keep yapping about how we don’t know you are working on it, that’s what your thieving Boss said since July and we haven’t seen shiit! Your working on it is not enough. You are not making any impact. We are not seeing your work.

Your thieving boss is online on Whatsapp ignoring messages and hiding and you tell me to “Find a buyer if I want to sell the car.” Who the fuckkk do you think you are talking to, your little sister? Get out of here. Keep the car. It seems to be what your almighty integrity is worth.

I don’t know what that man has against you or maybe you were in on the whole scam the whole time, but I will tell you this one thing.

This whole thing will one day blow over, and you would have made a choice between a 2.3 million naira (or less) car and your integrity and the faith people have in you.

As for other influencers, keep mum and keep sharing funny jokes or inspirational nonsense. We will laugh and we will say we have been inspired. But one day, you will ask people to trust you and, they will remind you that they aren’t stupid.”

What my life experiences have taught me as a woman