Some Facebook users are dragging Amb Sam Afolabi and Eatrich Farms for allegedly scamming investors out of their hard earned money.

Some of the posts said that the embattled CEO, Sam Afolabi arrested some of his staff who demanded for their salaries.

“Before I continue cruising on that thread because there are more lies to post so y’all can know this is not a case of “the business is just having short-term troubles”.

What Thrive Agric had last year, that’s the definition of “short term troubles.” Most people, if not all that had delayed payment in Thrive have been paid back.

But Sam Afolabi is crooked in everyway. Period! Talk is plenty in the book of kobo.

When you see him, ask him what happened at Farmfunds where he was a co-founder before he left to revive his Eatrich scam again. 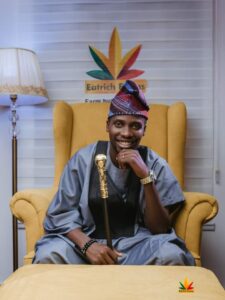 Has farmfunds paid all their investors?

Now I digress, I have seen a couple of posts saying “oh people that knew he was scam didn’t say” blah blah.

I wonder if it is selective amnesia or something.

Is it not in this Nigeria that stones are thrown at people that dare to give public ‘negative’ reviews.

You all think negative reviews equals not wanting progress for the entrepreneur.

Please who will chook head to warn you of anything, ta lo fe fi ori f’agbo.

Until you embrace the culture of reviews, stop rewarding bad behaviour and see questions raised about any freaking person, no one is going to warn you about anything.

I made a post about someone that gathered people that trusted her as a coach, treat them as trash together with their money (my money dey inside too). Plenty industry people calling me to pull down the post, to not talk to not this.

Made me feel like I don’t know how to keep shut or honour people.

So I ask what did you expect?

Oh let’s not forget the giveaways too.

After collecting 2k, how will you not defend him?” 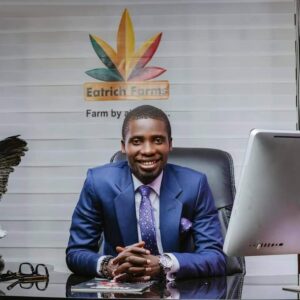 “Lately, I have been seeing posts about Eatrich Owner knowingly scamming people with different names and each year he comes back with a different scheme .

This has been happening but known people on this platform made posts about him encouraging us to join the platform after all, it’s farming.

You told us to leave money doubling schemes and go Agricultural setting which is less risky and better.

Now , I’m hearing different stories and I haven’t seen my money not quarter not half but someone claimed they have been paid here.

I have been sick, from one malaria episode to another typhoid episode upon how careful I am with what I eat and my environment.

Last week, I was visiting the hospital daily to take injection which resulted to injection abscess.

I’m in so much pain.

I want to say something, I have never knowingly hurt people in all my dealings with them.
I’m always the one getting hurt, cheated or misunderstood.

I think I’m amongst the people with clearest heart on this planet, before I lie or brag about what I’m not… It’s always really hard.

My heart is not dark, it’s pure.

If Eatrich Farms decides to run away with the money I toiled for, I stood up every day trying to make sales so I can get that money.

I will curse him, his first and second generation. It’s not a threat but this time it’s like a motherless going back to her mother’s grave to cry.

I have been so unhappy since last year April, anyone adding more to it is trying to kill me.

Tell Eatrich to give me my money.”

Woman, what you think about yourself is all that matters

I sent my wife away three years ago, now I regret my action

Why maturity is important in relationships