Uzoamaka Ohiri, ex-wife of OAP Nedu has allegedly been barred from tackling him on social media by the police.

Recall that Uzomaka Ohiri made headlines last week after she called the media personality out and also granted interviews to justify the fact that she had a son for another man while she was still married to Nedu.

Punch reported that Ohiri was given the directive after being grilled by the police for three days following a petition against her by her ex-husband, Nedu. 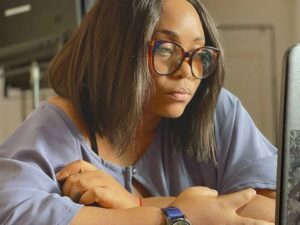 In a letter of invitation with reference letter CR:3000/LSX/D10/Vol.3/71 which was signed by Fayoade Adegoke, the Deputy Commissioner of Police in charge of the State Criminal Investigation Department, Panti, the comedian’s ex-wife was asked to see CSP Margaret Ighodalo.

Uzoamaka was informed in the letter dated September 7, 2021, that the invitation was merely for fact-finding. The publication reported that upon getting to the SCID on Wednesday September 8, Ohiri’s photographs were taken by the Police and she was grilled for six hours before being granted administrative bail and asked to return the next day.

Upon returning on Thursday September 9, she was warned against making comments about Nedu on social media and was also made to return to the SCID on Friday September 10. 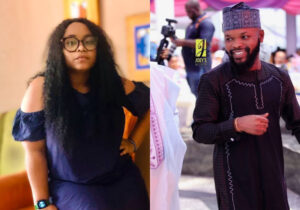 “My cousin is seriously being harassed, humiliated and intimidated by the Police because of the status of her ex-husband.

“How does a family and civil matter concern the Police? The Commissioner of Police needs to caution his men.”

While talking about the DNA scandal that rocked social media last weekend, Uzomaka Ohiri said “Trust me, if I knew that my first child was not for him, I wouldn’t have married him. I can’t deliberately pick another man’s child and give it to another man. If I knew, I wouldn’t have gotten married to him. On my wedding day, I was pregnant, everybody saw it.”

”I didn’t have sex with Tega. I kissed and romanced but there was no penetration” – BBNaija’s Boma says

Why women must take responsibility for their lives

Dear woman, you don’t have to accept things that hurt…