Uzo Aduba, star of the “Orange Is The New Black” series revealed that she secretly got married to Robert Sweeting last year.

The 40-year-old actress secretly tied the knot with Filmmaker Robert Sweeting in a low-key ceremony in New York some time in 2020.

The talented actress took to Twitter to share a photo she took with her husband on the wedding day.

Uzo Aduba shared a photo of herself dressed in white along with Sweeney in a navy tuxedo, quoting a memorably romantic line from When Harry Met Sally.

“For some of us, it can feel like we spend our whole lives waiting for our special someone. My heart, my love — I’m so happy my life started last year with you. You’re the best thing that ever happened to me,” Aduba wrote on Instagram.

She is up for Lead Actress for In Treatment at this year’s Emmys.

Born Uzoamaka Nwanneka Aduba, the U.S actress is best known for her role as Suzanne “Crazy Eyes” Warren on the Netflix original series Orange Is the New Black (2013–2019). 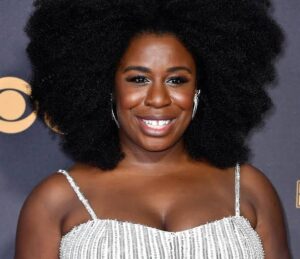 She is one of only two actors to win an Emmy Award in both the comedy and drama categories for the same role, the other being Ed Asner for the character Lou Grant.

She graduated from Medfield High School in 1999. She attended Boston University where she studied classical voice and competed in track and field. 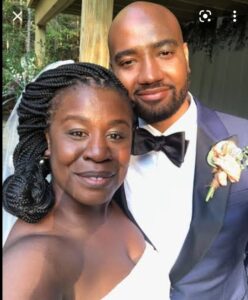 In April 2017, Uzo Aduba received the Point Courage Award from the Point Foundation for her support of the LGBT community.

In July 2020, Aduba was announced as a minority investor in a then unnamed Los Angeles team, later unveiled as Angel City FC that is scheduled to start play in the National Women’s Soccer League in 2022.

I am glad Nigerian women are changing the narrative

By this time last year, I was stuck in a burning building…