In a stunning new essay for TIME, Gabrielle Union has opened up about her experience with choosing a surrogate to carry her daughter, Kaavia James.

In it, she shares the raw feelings of grief that accompanied the cautious joy she felt when the surrogate became pregnant—and even opens up about the personal hurdles she and her husband, Dwayne Wade worked through after his infidelity.

Union, who has previously shared that she suffered multiple miscarriages while trying to conceive via IVF, says that her doctor told her the best chance she had of having a healthy baby of her own was through surrogacy. 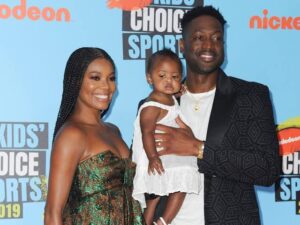 “I was not ready to do that,” she writes in the piece. “I wanted the experience of being pregnant. To watch my body expand and shift to accommodate this miracle inside me.”

Instead, Union says she was prepared to take a drug called Lupron, which would give her a 30% chance of bringing a baby to term. It also meant “throwing your body into early menopause and you can break bones very easily,” she writes.

It was her husband’s words that eventually changed her mind about trying to conceive on her own once more: “You’ve done enough.”

Gabrielle Union says she had many fears and concerns about undergoing the surrogate process as a Black woman, but when she met her surrogate, Natalie, she felt an instant sense of relief and connection. 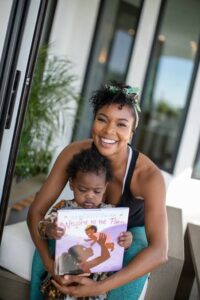 The fact that Natalie (who didn’t know whom she was meeting ahead of time) admitted she was a fan of Union’s was a really sweet tidbit of the essay, especially because she told Union she had her memoir “on hold at four different libraries.”

For women who have experienced infertility, getting that “big fat positive”—whether on your own or through a surrogate—comes with so many nuanced feelings and thoughts—and Union perfectly explains how you can feel joy and intense grief about it at the same time. Especially seeing the baby bump carrying your own child…on someone else’s body.

“This growing bump that everyone thought I wanted to see was now a visual manifestation of my failure,” she explains. “I smiled, wanting to show I—we—were so happy and grateful. But part of me felt more worthless.” 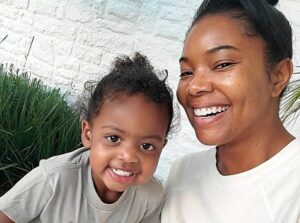 Union was overcome with emotion when she saw what was soon to be her daughter during an ultrasound. “It was suddenly incredibly real,” she explained. “Dwyane took my hand, and there was so much happiness on his face, I lost it. My cry was a choke stopped up in my throat, tears streaming down. It was grief. I’d had so many miscarriages … looking at the screen, I understood how many potential babies I had lost. That’s why I was crying.”

Before Wade and Union were married (but while they were still together), Wade conceived a child with another woman.

“The experience of Dwyane having a baby so easily—while I was unable to—left my soul not just broken into pieces, but shattered into fine dust scattering in the wind,” she writes. Though they worked hard to repair their relationship and come back from that dark place, Union says the pain will always remain.

Even now, nearly three years after welcoming Kaavia James into their lives, Union’s insecurities about her infertility remain. 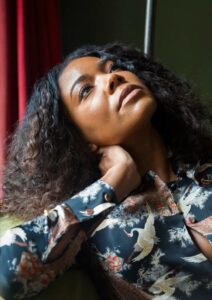 “I will never know what it would have been like to carry this rockstar inside me,” she says. “When they say having a child is like having your heart outside your body, that’s all I know. We met as strangers, the sound of my voice and my heartbeat foreign to her. It’s a pain that has dimmed but remains present in my fears that I was not, and never will be, enough.”

It’s a powerful, raw, candid glimpse into Union’s life and her personal struggles—but it’s a beautiful story because it shows everything. The highs, the lows, and everything in between. While every woman’s fertility journey is different, Union’s words have such an emotional impact that many mothers can relate to.

“If I am telling the fullness of our stories, of our three lives together, I must tell the truths I live with,” she concluded. “And I have learned that you can be honest and loving at the same time.”

“Who I choose to love doesn’t make me less black” — Dancer, Korra Obidi says after being trolled for marrying a white man

British MMA fighter, The Nightmare hacked to death by…

People would be bitter at uncles and aunties for not taking…